This story is part of a three part series introducing Sun Peaks to new residents, or anyone who wants to brush up on their local knowledge.

Since becoming the community reporter for SPIN, there has been a lot of information about Sun Peaks I have had to fill my brain with. As most people face when moving to a new place, it can be difficult to understand exactly how certain aspects of the community works, especially in a place as unique as Sun Peaks.

One thing in particular that took me a while to wrap my head around is the differences between Sun Peaks Mountain Resort Municipality, Sun Peaks Resort LLP and Tourism Sun Peaks. After speaking with some other new residents, I learned I wasn’t the only one who wasn’t completely sure at first.

For answers on the role each of these organizations play, and how they work together to keep Sun Peaks functioning, I reached out to Mayor Al Raine.

The municipality also creates an Official Community Plan (OCP), which lays out the direction they think the community is headed in the next five to 10 years and dictates public policy.

“We are working on the normal municipal things,” said Raine. “But we are very different than many municipalities in that most municipalities don’t have the influence of one corporation, like we do with Sun Peaks Resort.”

Sun Peaks Resort LLP is responsible for the ski lifts and terrain. They have a long term Master Development Agreement (MDA) with the provincial government that allows them to build ski lifts on the mountain up to a certain capacity. Raine said the capacity is around double the amount of terrain and lifts that are currently in place.

The resort also has the right to purchase Crown land from the province to expand resort operations further, including housing developments and other services.

This gives the resort a significant role in determining how the community will develop, and largely impacts the municipality’s OCP. While the municipality has the final say on zoning densities, they still must follow the MDA that the resort and province have agreed upon.

“Sun Peaks Resort LLP is the developer, and in that way we are kind of a unique beast in that we are almost a little bit like a company town. You know, they are the major economic driving force,” said Raine.

To help drive those economics is where Tourism Sun Peaks (TSP) comes into play. TSP is a not-for-profit organization that markets and promotes Sun Peaks to raise the community’s profile as a tourist destination.

TSP is membership based, meaning every property or business owner in Sun Peaks is a compulsory member of the association and pays them quarterly fees.

Some residents may dispute whether they are getting value out of their money, but Raine said Sun Peaks is likely one of the most tourism dependent communities in the province and relies on TSP’s ability to draw people to the area.

“My guess would be that 90 per cent plus of our economy is driven by tourism,” said Raine. “Twenty years ago, most people didn’t even know what Sun Peaks was. Today, there certainly is a much broader appreciation for what’s available, both winter and summer.”

Even many businesses and infrastructures that are not directly related to tourism might not be possible without the tourism industry. Raine said a community with Sun Peaks’ population would not be able to have such plentiful amenities, including the skating rink and other recreation facilities, without non-locals visiting and using them.

Raine said it’s important that all three organizations work together. Recently, they all met to discuss common interests and to ensure they are in sync with one another to provide the best possible community for residents and visitors alike.

“We will never achieve any kind of optimum level in the lifestyle and livelihood that residents can earn without having a strong balance and great communication between the three entities,” said Raine. 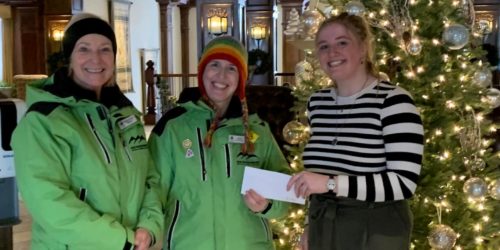 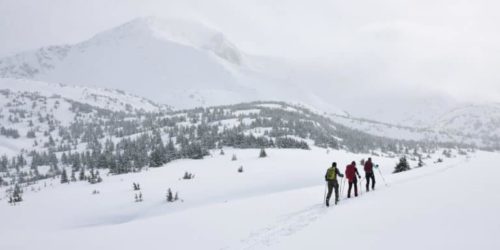