Adam Pouliot was like a lot of 26-year-olds. He worked on the Sun Peaks golf course, skied with his friends and family, camped, loved nature and the outdoors. He had recently moved to Vernon, where he was making wedding plans with his fiancée.

On July 27, Leo and Melanie Pouliot of Sun Peaks received the phone call every parent dreads. Their son had unexpectedly passed away. After 10 long days of waiting, the toxicology report confirmed their fears— Adam’s cause of death was a fentanyl-laced
drug overdose.

An overwhelming number of families in B.C. have recently received similar phone calls. The provincial numbers are staggering.

According the B.C. Coroners Service, from January through to June 2016, there were 238 illicit drug overdose deaths with fentanyl detected, which is a 250 per cent increase over the same time period in 2015. In the Interior, fentanyl detected deaths rose from two in 2012 to 37 in first six months of 2016. This year is trending to be the deadliest on record.

In the vast majority of those deaths, at least one other substance was detected, meaning its likely users had no idea their drug of choice was laced with the deadly cutting agent. In B.C. fentanyl has been found in everything from cocaine to MDMA to heroin and even sprayed on marijuana, affecting everyone from recreational users to people facing drug addiction.

Manufactures are using it to enhance both the power and addictive quality of illegal drugs.

“The (regional) coroner on (Adam’s) case, the words that she used, is that this is a pandemic health crisis,” said Melanie. “We want there to be awareness created from these tragedies that are happening and for there to be more compassion for those that need help and more education.”

It’s the need to spread the word that has motivated the couple in the weeks following Adam’s death. They’ve written letters to government, reached out to media and connected with others who have lost loved ones in similar circumstances. For a couple who would rather not draw attention to themselves and grieve privately, it’s been an even harder road to follow.

“We would prefer to not be doing this. But because he lived here and this is our home, and we care about the people who live here, if it can help in any way,” said Leo.

While there haven’t yet been any fentanyl-related incidents in Sun Peaks, Sun Peaks Resort LLP (SPR) and Sun Peaks Fire and Rescue (SPFR) are aware of the provincial situation. SPFR is currently looking into carrying Naloxone, a drug which can quickly restart breathing after an opioid overdose.

SPR has been working to create awareness among their current staff and is also making plans for the influx of new staff this fall.

“From our standpoint, our awareness of the issue has certainly been heightened due to all the media coverage,” said Aidan Kelly, chief marketing officer for SPR. “The game has changed in the recreational drug world significantly over the past year. There is death happening in communities all over Canada. We’re seeing this more and more and it’s people that taking things that they don’t know they’re taking. There’s a lot of really sad cases out there.

“We had the conversation as a management team that we feel we have an obligation as an employer to inform our employees and help them make educated decisions as best they can because it’s a big issue in British Columbia these days.”

At their upcoming staff orientation in November, SPR is planning on renewing focus on health and wellness, including talking about the deadly trend.

“Staff coming from international destinations may not be aware of the situation in B.C. and the rest of Canada. We want to try and inform them. And a lot of our staff, it’s the first time they’ve moved away from home, so they need as much help as they can (get) to make smart lifestyle decisions and to take care of themselves. We need productive employees but it’s more about their personal well-being,” said Kelly.

“The dealers aren’t going to change. It’s up to us, the public, to make better choices for ourselves,” said Melanie

Melanie is now in her fourth season volunteering with Adaptive Sports Sun Peaks (ASSP) and lieu of flowers, asked for donations to be made to the Wulf Trotter Memorial Bursary. The annual goal of $500 to send a student to a development camp has now been met and almost doubled.

“We were very touched that she chose that and also just to make that choice at such a difficult time. It just really emphasizes the commitment that her and Leo have to this program. I think it’s a really nice tribute,” said Pat McKimmon, president of ASSP.
Unfortunately for Melanie and Leo, this isn’t completely uncharted territory for them.

“We lost our first son to cancer five years ago. To have this happen again. To have three boys then two of them are gone. It really hits hard for sure,” said Leo, adding they’ve appreciated all the support from the local community and have felt all the love and prayers from
Sun Peaks. 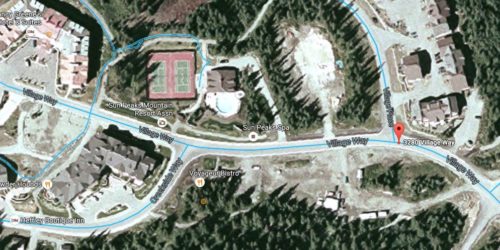 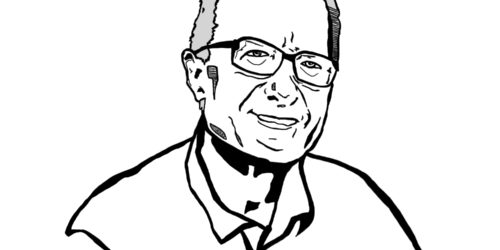 TNRD Report: Slow down and enjoy the drive