CANMORE, Alta. – Wolves have been in the news from Alberta to Wyoming.

In Alberta, 10,000 people have signed a petition that they want wolves managed differently. Hundreds of wolves are killed in Alberta each year. Sometimes they are shot from helicopters. Other times they are poisoned with bait laced with strychnine.

The Rocky Mountain Outlook reports that municipalities and other local governments are increasingly offering bounties for dead wolves. Hunting and trapping groups have also adopted bounties.

The petition seeks to prohibit the posting of bounties on wolves by individuals, clubs, special interest groups, or municipalities. Strychnine would also be banned.

Kevin Van Tighem, a Canmore resident and critic of the bounties, told the newspaper that Alberta should manage wolf problems, not wolf numbers. Instead of randomly killing wolves, he said, wolves should be targeted specifically in the case of depredation problems. That keeps wolf packs intact.

“The theory around this – and the theory is well supported by research – is that when you have a stable wolf pack structure, you have old wolves teaching young wolves how to make a living,” he said.

“That’s one reason wolves are a social animal that stay in these groups for extended periods of time, except the ones that want to reproduce and go out and disperse. But the rest of them stay in the pack. So you have a constant teaching mechanism… When you break that up, what you’re doing is truncating that education process, and you’re creating an inefficient hunting unit that is sort of blundering a bit, and they kill what’s easy. So it’s likely they’re going to kill livestock, because livestock are easy.”

He said current practices also increase survival of pups, because competition for food within the pack is reduced, in turn leading to an increase in the reproductive rate.

But what about the caribou? Dave Hervieux, the province’s caribou management co-ordinator, pointed to industrial development in caribou range which primarily explains why only four of the 15 caribou populations are stable or increasing. But he said there are more wolves in caribou range, “and those wolves are preying upon caribou at greater rates that are not natural.” In most cases, that predation is greater than what caribou populations can sustain.

In Wyoming, U.S. Rep. Liz Cheney – the daughter of former vice president Dick Cheney – is attempting to override the Endangered Species Act in order to give Wyoming control over wolves. In this, she continues the efforts of her predecessors from Wyoming. The same thing is going on in the Great Lakes states where wolves are found.

“Wyoming should be able to manage the gray wolf without outside interference,” the congresswoman said in a statement quoted by the Jackson Hole News & Guide. The newspaper noted that a court in 2016 ruled that federal authorities were responsible for the nearly 400 gray wolves in Wyoming. That case was appealed, and a ruling is expected soon.

During the last 40 years, Congress has rarely removed federal jurisdictions from management of endangered or threatened species. However, it did so in the case of wolves in Montana and Idaho.

Finding the right tools for the job 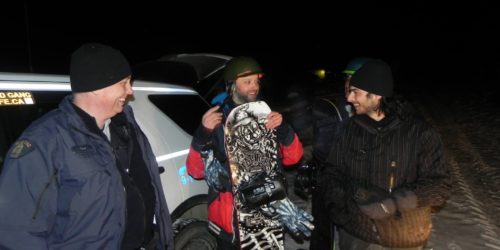