Content warning: This story contains brief mentions of rape. If you need help, reach out. Call the Lower Mainland Crisis Line at 1-866-661-3311.

These allegations come after Vivek Sharma, former general manager of Sun Peaks Grand Hotel & Conference Centre, made national news in March 2022 because of offensive comments he made at a tourism conference.

“We all know the resort does what they can to keep their names clean, even if that means sweeping things under the rug,” said a current employee, who asked not to be named to protect their job. “Anybody who’s ever worked for the resort understands that.”

Sharma worked at the Grand Hotel & Conference Centre for four years between 2015 and 2019. Three employees who worked under him told SPIN he showed a pattern of inappropriate behaviour and language directed at women, and that little was done to hold him accountable despite several attempts to bring the issues to management.

A comment Sharma made during a “town hall” staff meeting on Jan. 19, 2016 caused particular concern among staff.

Mel Bahula, former conference services and sales coordinator for the hotel, was in the room when Sharma made the remark.

“Vivek was basically trying to motivate the staff,” Bahula told SPIN. “He said, ‘Sometimes you get raped. You just have to lay down, take it and enjoy it.’ Of course, the whole room gasped.”

Bahula was also the chair of the Employee Representative Committee, and said she felt a responsibility to employees and the wider Sun Peaks community to push for accountability after the incident.

Emails shared with SPIN confirm Bahula emailed the SPR vice president and general manager, Darcy Alexander, a few days after the town hall meeting to ask whether management intended to formally respond to the comments.

“One of the continuous frustrations of the hotel staff is that our leaders do not have to abide by the same rules that we do,” Bahula wrote in the email.

Bahula said she met with Alexander and asked him for an apology from Sharma. Over two months later, Bahula emailed Alexander again saying many staff were still concerned about the comment, as well as other ongoing issues with Sharma.

However, Bahula said no formal response or apology ever came.

“After everything, it was the fact that he wasn’t held accountable,” Bahula told SPIN. “I think that actually disappointed me more than anything, that a manager can say something like that and not even have a slap on the wrist.”

In an emailed response to SPIN, Sun Peaks Resort LLP did not confirm whether Sharma faced any disciplinary action as a result of his 2016 comment, citing privacy concerns and policy.

An email sent by Alexander also stated the resort has no tolerance for discrimination or harassment, and ensures that through a respectful workplace policy.

“We have provided training on that policy to every single employee with respect to this obligation and right, no matter their place of origin or duration of employment,” Alexander wrote in the email.

“To the extent that there were historic complaints about any employee, including Mr. Sharma, those would have been handled in accordance with our policies. If, after an investigation, Sun Peaks Resort determined that discrimination or harassment had occurred, we would have taken corrective action.”

Alexander said in accordance with policy, SPR is not allowed to disclose individual corrective action with the employee’s colleagues. However, staff members say even if Sharma was reprimanded, there was no communication on the steps taken to prevent similar incidents from occurring in the future.

Furthermore, Bahula said she felt targeted by the resort’s leaders because she was the one pushing for accountability. After a meeting with Alexander and other hotel employees, Bahula said he pulled her aside and told her if she doesn’t like the way they run the hotel then she should leave.

In the following days, Bahula said she was told by someone in upper management that the resort’s leaders were purposely trying to push her out and make her work life difficult. She said she felt like leadership was doing anything they could to roadblock her, including giving her more work with no extra pay and not allowing her to work from home when she was sick.

Bahula ended up accepting a job offer elsewhere and leaving the hotel in October 2016 because of this treatment.

“I was just done. I couldn’t do it,” Bahula said. “I tried to keep a strong face, but it just wasn’t worth it anymore.”

While Alexander communicated with SPIN regarding other allegations, he declined an interview to discuss allegations relating to his own behaviour.

In an emailed response, a spokesperson for SPR wrote, “Our Director of Employee Experience and Executive Team members will always make themselves available for a private discussion of any concerns.”

“Sun Peaks Resort is committed to providing our employees of the Resort and Sun Peaks Grand Hotel with a safe and supportive environment where they can be heard and bring their concerns forward to leadership, comfortably and confidentially,” the email stated. “This is accomplished through training programs and established processes. We continue to place emphasis on and expand our programs in this area, including respectful workplace training, leadership training in the prevention of and management of harassment in the workplace, and the newly introduced Safer Spaces Training for leadership.”

This isn’t the only incident where staff members say complaints of harassment and discrimination were swept aside by SPR’s upper management.

A current employee, who asked to not be named to protect their job, said repeated formal complaints made by them and other staff members have been brushed aside. They claimed direct knowledge of two male staff members in positions of power who showed patterns of harassment towards female staff, and said concerns about this behaviour were brought to the attention of resort leadership. These incidents took place after Sharma’s 2019 departure from the company.

These complaints were ignored or dismissed, the employee said. When a response was offered, it amounted to “covering for” the male staff member, they said.

The employee said management has been able to take advantage of the fact many staff work seasonally — often coming from different countries — and the resort sees a lot of employee turnover. There are also many young workers, who may be more vulnerable and may not understand their rights.

“A priority over the last few years has been to establish a leading position in the hospitality industry through implementation of respectful workplace programs and policies,” he wrote in an email to SPIN. “Employee feedback confirms that efforts to embed our value of mutual respect throughout the organization is appreciated and effective.”

On May 3, SPR sent out an email to all employees that said the resort is implementing additional respectful workspaces training within the organization. An SPR spokesperson said the training is under a provincial program developed by Go2HR, intended to further sexual harrassment education within the tourism industry.

The industry needs to step up

Sharma worked as the general manager at the Sun Peaks Grand Hotel & Conference Centre until February 2019, three years after the 2016 incident in which he allegedly made a comment about rape. SPR declined to comment on why Sharma left his position at the hotel, and Sharma has also not responded to several requests for comment from SPIN.

Most recently, SPIN summarized all aspects alleged against Sharma but did not receive a response from him in more than four days, despite warning of an upcoming deadline.

However, SPIN obtained an email sent to Sun Peaks community stakeholders from Sharma’s personal email address on Feb. 11, 2019 when he left his position at the hotel, alluding to an unplanned departure.

“My apologies for the abruptness & short notice of this message however I would like to let you know that my tenure at Sun Peaks Grand Hotel & Conference Centre has come to an end,” Sharma wrote. “It was definitely not the end that I was looking for, however I guess that is how life rolls on certain occasions.”

After leaving his position in Sun Peaks, Sharma went on to become the CEO of Fairmont Hot Springs Resort in the Columbia Valley. He was also on the boards of the Tourism Industry Association of B.C. (TIABC) and the B.C. Hotel Association (BCHA).

He was asked to speak at the B.C. Tourism and Hospitality Conference in Richmond on March 9, 2022, where he made a comment that caught public attention.

Trina Notman, vice-president of marketing and communications for Accent Hotels and Hotel Zed, was at the conference and explained Sharma asked all of the women in the room to stand in honour of International Women’s Day, and everyone applauded.

“When the applause died down, he said, ‘Now go clean rooms and do dishes.’ And he laughed at us,” Notman said. “There was a groan in the room. Everyone was shocked and embarrassed and uncomfortable.”

Notman said conference organizers should have taken him off the podium, but he continued to speak and laughed off his comment, saying it highlighted the staffing crisis.

Quickly realizing nothing was being done about it, Notman wrote about the incident on LinkedIn, calling for accountability from TIABC. In response, she said a conference organizer defended Sharma, and told her, “But Trina, everyone likes him.”

Notman said she also saw a high-ranking person in the TIABC approach Sharma at the conference after his comment and say “How you doing, boss?” and “Looking good, boss.”

When asked to respond to those allegations, J.J. Belanger, chair of TIABC, told SPIN that while Sharma’s comment was inappropriate and shocking, Sharma continued to receive support at the conference because he is a “good guy” who made a “bad mistake.”

“We do continue to support him as a person,” Belanger said. “Do we care for what he did? No. But in the end, he’s human. We all make mistakes.”

Belanger said after his offensive remark, Sharma was asked to step away from his duties for the rest of the conference and told he should probably leave. However, Belanger said Sharma chose to stay at the conference despite being asked to leave because he wanted to apologize to the people he offended.

Notman said Sharma did get back up on stage to apologize to the crowd, and came to give her a personal apology.

“I was looking forward to this apology, but when I tried to speak, he put up his hands and said, ‘I don’t want you to talk. I just want to give you my apology.’” Notman said. “I left the gala in tears because I was like, nothing’s being done. This man is being celebrated.”

Nearly a week later, Sharma issued a public apology in a statement released by the TIABC saying he “deeply regret[s]” the “insensitive and inappropriate comments” he made at the conference.

Belanger explained that since the conference, TIABC has created a diversity inclusion sub-committee and is implementing training for its board. Sharma has also since resigned from his positions on the boards of the TIABC, the B.C. Hotel Association and the B.C. Chamber of Commerce, and no longer works at Fairmont Hot Springs Resort.

However, Notman said after Sharma’s alleged behaviour at the Sun Peaks Grand Hotel & Conference Centre, he never should have been able to go on to hold those positions.

She added she can’t imagine Sun Peaks is a safe place for employees with many of the same leaders at the top — a testament the current employee, who asked not to be named, seconded.

“It’s embarrassing. In the time that I’ve worked up at Sun Peaks, I’ve never seen such a toxic environment for employees.” 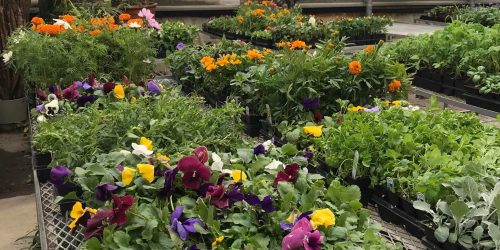 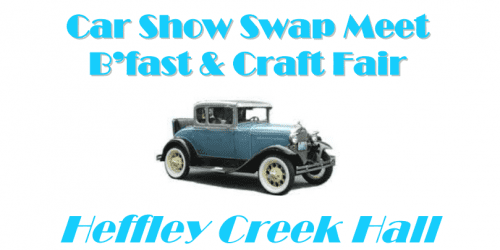