Tirza Lara discovered her love for the extreme sport as a teenager watching the Olympics
Kayla Empey  | November 23, 2022
0 shares

A skeleton racer and part-time resident has made the national team and is now competing across the continent.

Tirza Lara, 21, began skeleton about five years ago, coming from what she called an “unconventional sporting background.”

“I used to be a ballet dancer, so I started that when I was four,” Lara said. “By the time I was about 15, I had a knee injury and I was forced to quit … I was so used to being in a disciplined environment and working hard for big goals, so I kind of needed a different passion for that to manifest in.”

Lara said at the time, her brother was in a speed skating club hosted by an athlete competing in the 2014 Olympic Games. That, combined with her mother’s love for the Olympics, helped Lara become invested in watching the Games.

She said seeing such brave and committed athletes inspired her, so she began looking up Olympic sports she could get involved in. At the age of 16 she was considered too old for a lot of sports, but found out skeleton recruits athletes at that age.

“I convinced my mom to help fund a little venture to the sliding track just after my 16th birthday and immediately fell in love with it,” she said. “I was invited to stay for the following season, and the rest is kind of history. A few years down the road and here I am representing Team Canada.”

The level Lara is at, the North America Cup, gives rookie national competitors a chance to compete on a few different tracks before moving up to higher level circuits.

There are only three sliding tracks in North America — Whistler, Park City in Utah and Lake Placid in New York.

“[It’s] one of those sports where accessibility is really important,” Lara said. “Whistler now has the only track in Canada, so I was pretty fortunate to be within the vicinity of that.”

Being on the national team, Lara said the training is quite comprehensive. She said she’ll be practicing on the track three to five days a week, in addition to a lot of gym training.

“There’s two components to a skeleton run. The first one is being able to drive the track and the other component is being able to push the sled,” she said. “Having a lot of strength and power is really important.”

Although she now spends a lot of time training in Whistler, last summer she lived closer to home doing work with Kamloops Track and Field Club through the week and training at Sun Peaks Alpine Fitness on the weekends.

She said she also tries to visit her family in Sun Peaks as often as she can.

“I’m very thankful for the community here in Sun Peaks for accepting my mom and myself,” Lara said. “I’ve already been receiving lots of messages of support and encouragement from the locals here.”

Moving forward, Lara said she’ll continue to push herself closer to her goal of competing in the Olympics.

“I’ll continue to work as hard as I can and see if I can bring myself to that elite level.” 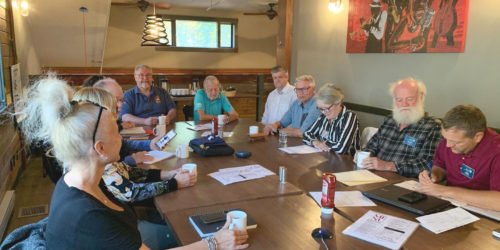 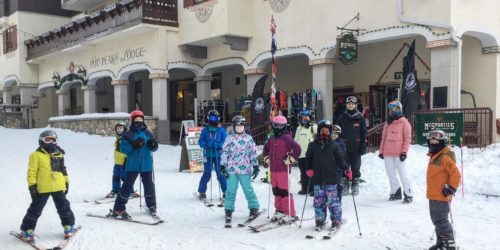