At our interview, Taryn Rixon, Mountain Man Dog Sled Adventures co-owner, has just gotten off the phone with a new client. Surprisingly, the company has not experienced cancellations after the news from Whistler broke out. Allegations of 100 sled dogs slaughtered in Whistler have prompted an international uproar, but in Sun Peaks, Rixon and co-owner Chris Schwanke were relieved the bad press hasn’t seemed to affect their bookings.

In fact, they said people have been supportive. On the day SPIN did the interview, they were the only Sun Peaks based adventure company that went out for a tour. Rixon and Schwanke just started operations in Sun Peaks last year but have been working with dogs for years.

“Not all dog sled tour operators are here for the money,” Rixon stressed. “We’re here because we love the dogs. It’s very easy to see them as inventory but we see our pets as family, as individuals, and that’s really important.”

The company’s kennel is composed of 50 dogs, with five either retired or not currently working. One of them is Lima, a playful five-year-old Alaskan husky who’s up for adoption.

Rixon said it can be difficult to find homes for retired sled dogs for several reasons.

Unfortunately, older dogs in general don’t always get adopted easily.
“Some people would be more interested in taking a puppy, or adopting a five-year-old like Lima, and aren’t interested in those older dogs,” she said. “If we have an older dog that we can’t find a home for, they’re staying with us. They’re family.”

Ron Stone agrees. Stone runs tours in Lumby through his company Big Bear ATV Canoe and Kayak. He has three 14-year-old sled dogs who are retired.
“I let them live out their life out here,” said Stone. “I’ll be out there sledding with four dogs and I’ll have the three running behind me.”

“It’s always hard to find a home for older dogs, so whenever I look for a new puppy I look at a 15-year time frame. Anything less, you’re cheating the dog.”

Rob Bryce, a Prince George musher who raced sled dogs for 16 years, said colleagues would sell or give older dogs to new mushers because they’re good for training.

“They want a dog that knows all the commands. An older dog can teach the younger dogs quite quickly what the commands are,” he said. “A couple more years of looking after a dog that doesn’t run, for what they give you throughout their whole life, I don’t think is an inconvenience.”

Dog sled operations are a small industry in B.C. and are unregulated. Talks have surfaced about whether or not regulation should be put in place.
Stone said he’s opposed to any type of regulation.

“If a dog is being mistreated, a veterinarian or at least somebody will know about it. It’s regulated through that. I’m not for regulations; they have regulations for everything,” he reiterated. “My veterinarian, I wouldn’t be afraid for anybody to call him and ask ‘How does this guy treat his dogs?’ because he knows exactly how I treat my dogs.”

Rixon thinks the care of dogs could improve with some form of regulation.

Ben Stewart, the minister in charge of animal cruelty laws, has suggested that self-regulation is working. The Whistler investigation is still ongoing. 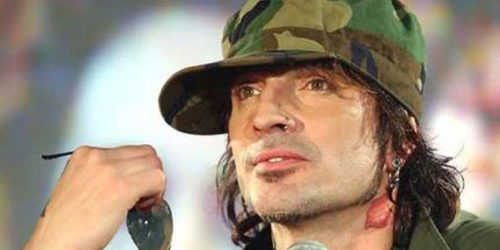