Local restaurants are in the process of participating in WildSafeBC’s business pledge to reduce wildlife conflict.

Montana Clarke, WildSafeBC’s Kamloops community coordinator, said the pledge is a free program businesses can take part in to learn how to better co-exist with wildlife. This fall, a number of Sun Peaks restaurants have taken part in initial inspections.

“The key aspects of the pledge involve keeping garbage, recycling and organics secure at all times,” Clarke said. “Locking garbage in grease bins, either in a secure parkade … or another method of securing garbage so that it would be bear resistant.”

Participating businesses are responsible for reporting any instances where wildlife gets into garbage or food waste so that a plan can be put in place on how to prevent it in the future.

Clarke said since many restaurants on the mountain share facilities, it’s important they work on an agreement with neighbouring businesses to prevent easy mistakes, like a door being left open. The pledge also requires all employees be trained on WildSafe practices.

“I’m sure all restaurants have their own training with regard to waste management, but sometimes it may not always include the aspect about wildlife such as rats or chipmunks or bears,” Clarke said.

“Many of the staff members at Sun Peaks recreate, so we have provided a short free training module for all the businesses [about] recreating safely in wildlife country. In the future, we’re hoping to adapt it to be more specific to food and beverage.”

Clarke added that in such a tourist-based village, it’s important for employees to be able to answer customer questions about wildlife interactions.

The business pledge is an annual program renewed each year. To begin the process, WildSafeBC does an inspection to get a sense of the business’ setup and how it can incorporate practices to protect wildlife. When the business completes all that is required, it receives a certificate to display.

Clarke said there was a lot of interest from Sun Peaks businesses to participate, but she has only been able to move forward with eight restaurants due to lack of funding at this time of year. She said the only funding available is leftover from the Thompson-Nicola Regional District last year.

“Ideally, this would have been started in the spring at the end of winter operations when new staff just came for summer,” she said. “Next year we would probably come in a little bit earlier, if there was funding to do this again, because that hits the target point rather than being off season.”

Also due to the time of year, the participating businesses have not been able to receive their full certification yet. Since most restaurants don’t have their complete winter staff, they aren’t able to train all the employees properly.

Earlier this year, Sun Peaks Resort LLP hired Clarke to train employees and inspect operations at the resort to ensure it was wildlife friendly. When the Sun Peaks Bear Aware community group heard this was happening, members volunteered their time to get non-resort owned restaurants on board.

“It’s good to have the passion and engagement at a community level,” Clarke said. “That’s incredibly effective in terms of engaging with the community. Having these resources that we have and working collaboratively together extends everything further.”

Clarke will follow up with the businesses again later in the season. Meanwhile, she wants to remind residents that managing attractants on an individual level is just as important. Attractants can include garbage, recycling, fruit trees, gardens, pet food and dirty barbeques. 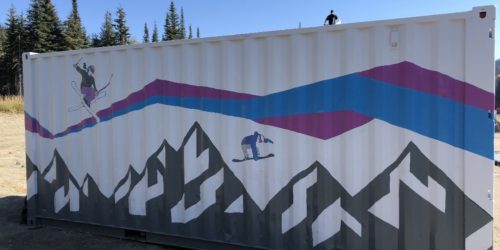 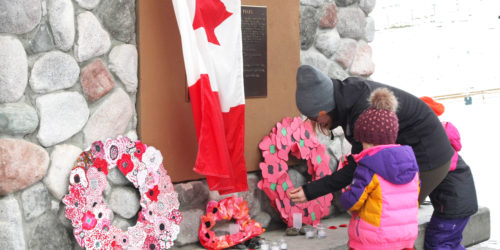