Local skier Charlie Roberts has made the Freestyle B.C. Mogul Team and is excited for what’s ahead.

The 16-year-old Sun Peaks Freestyle Club member began moguls skiing around 10 years ago and has been climbing his way to the top since. Last season, he travelled to Quebec City and Fredericton for national events.

“I definitely wouldn’t have gotten a spot [on the provincial team] if I weren’t able to go out there,” Roberts said. “It was very important and I learned lots while I was there.”

After having been on the prospect moguls team last year, Roberts found out he made the official B.C. team a couple months ago and has already participated in his first training camps. It’s an intensive commitment with around 200 training days throughout the year.

“It’s year-round with summertime water ramps and lots of dryland training in the gym, as well as skiing wherever there’s snow,” he said. “And doing lots of competitions over the winter.”

He said he will compete and train often in Whistler and Apex, and also hopes to travel to Sweden in the fall to train on a local preseason course.

Looking forward, Roberts’ long-term goal is to eventually make the Canadian National Team. He also has his sights set on the Olympics, especially if he doesn’t have to travel too far from home.

“With the Sun Peaks bid for the 2030 Olympics, that’d be pretty awesome. That’s a big goal now for me.” 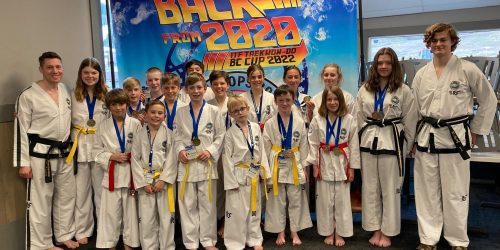 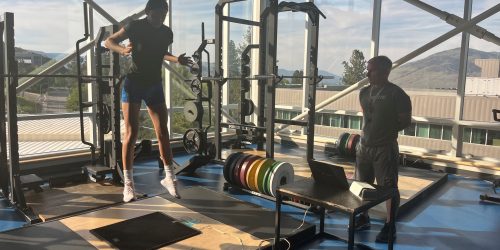