Have you watched this local snowboard film yet?

Put it in the Bowl was born from a collective desire to live the dream of snowboarding as much as possible and to promote the recreational activity they love.

Day Late and a Buck Short is the latest feature length street snowboarding film offered by the Put it in the Bowl snowboard crew, who are based out of the Interior of B.C.

Footage featured in the recent film was stacked over the last two winter seasons mostly in the streets of Kamloops with other shots hosted by Salmon Arm, Armstrong, Revelstoke and Sun Peaks.

Guido, who has been riding Sun Peaks Resort all his life and honed his skills around the mountain and in the terrain park for the film, explained that each session can take multiple hours and a lot more work than what is seen in the final cut.

“It can take up to three, four, five hours just to get a five second clip.”

He said a huge team effort is needed to help film, build lips, jumps and landings for features and to manage winches or set up bungees just to get enough speed for their stunts.

The film was meant to take place over just one season, but the crew had to battle through a low snow year in the city which postponed the movie. However, it led them to the idea for the name of the film.

On top of the incredibly hard work, the consequences of street riding are higher than the riding one might be used to in the terrain park or at the resort.

“It’s a big factor, you can hit stairs, other rails, fences, or rocks,” said Guido. “I’ve even wrapped my board around a few trees hitting some street rails.”

Guido said the hardest slam featured in the film is in the opening bail footage when an x-ray of Heimstra’s broken arm was highlighted after he is seen holding his upper arm in downtown Kamloops after a slam with Heimstra stating “It’s really bad.”

“The spot was kind of silly and the way you set up for the rail is you have to ride through a bush which is difficult, then immediately hop onto the rail,” Heimstra explained. “ I broke through the bush and wasn’t quite set up to hop on the rail but I went full commitment anyway and got tossed forward coming off the rail early and landing on the concrete straight onto my arm.”

When asked why they film street footage even though it can be time consuming, difficult and dangerous, Guido explained it’s a part of the progression and history of snowboarding and includes an element of creative expression that can’t be found elsewhere.

“Other snowboard crews have tapped into the Kamloops street riding for years,” said Guido. “It’s pretty rare to find a spot that hasn’t been featured yet so you have to be creative.”

The pair also gather inspiration from their love of skateboarding and explained that the reward of nailing their tricks on film after taking hours to set up and try again and again makes it all worthwhile, especially when they know Hall is adding his unique touch of editing with his feel-good style.

Put it in the Bowl is now almost ten years in the making since Guido and Hall met in New Zealand. Hall followed Guido back to Canada and the two of them travelled to various B.C. and Rocky Mountain ski resorts to film park footage, eventually realizing they were gaining notoriety from snowboard companies and a following on Vimeo.

“It’s crazy because it basically came from nothing,” said Guido.

“We needed a name for this thing, so Put it in the Bowl came up because we had a little fisheye [lens], one of those little like round normal optic fish eyes, cheap ones that we filmed with, so that was the fish bowl,” Guido explained. “We used that cheap fisheye all the time so we were getting clips and putting clips in the bowl…I mean obviously, weed had played a part in the name too.”

The group grew over the years with riders from Big White and other ski resorts they travelled to.

Fans can look out for a soon to come website from the group at www.putitinthebowl.com where merchandise will also soon be released.

To watch Day late and a Buck Short, click here. 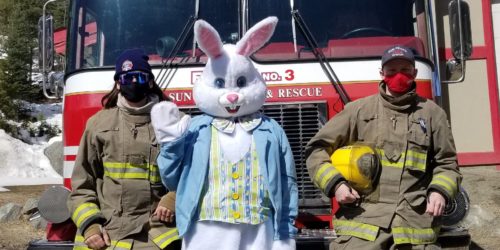 SPFR brings Easter to the community 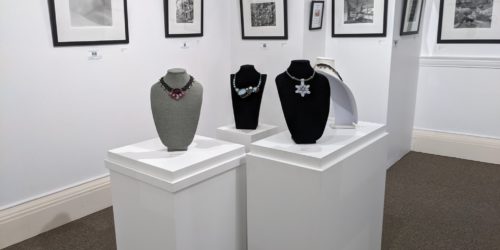