As more families are started in Sun Peaks or move to the mountain community, drawn in by the lifestyle and promise of one of the coolest schools around, a lack of childcare is causing stress for parents and altering career plans.

The only two daycare options in Sun Peaks, Sundance Kids Centre and Mountain Kids Daycare, are full with many families left on waiting lists.

Janice Hoppenreys, owner and operator of Mountain Kids Daycare, said it didn’t take long for her spots to fill when she opened last year.

“I’ve been full every day and I have currently 15 children on my wait list,” she said.

Hoppenreys said the family daycare style was especially popular during the pandemic as she takes a maximum of seven children at once.

She explained that as more families have moved to the community childcare has become very limited.

“There’s just not enough space for the amount of children up here. A lot of people will use nannies which is what we used prior to me opening, but it’s also hard because a lot of those people working with children are seasonal as well, so you don’t often get someone that’s year round and long term.”

New parents Keith Massey and Fiona Haynes know the struggle. Their daughter Paisley was born in October 2019 and they started looking for childcare in January 2020.

“Just before Paisley’s first birthday we were told there was not a place for Paisley in the daycare and we would need to find alternative arrangements,” Massey said. “This was a stressful time, as Fiona was to end her maternity leave and begin a new full-time position in a few weeks and I was already working full time at Sun Peaks School. To allow Fiona to begin her job, I took time off teaching while we struggled to find alternative childcare options.”

Ultimately they found an arrangement with another family, but said it won’t be a long term solution.

“We anticipated that being responsible and planning ahead would have created predictable and stable child care for our daughter,” they said. “The reality, however, has been rather unpredictable and instead of having Paisley attend a single facility, we will have to transition multiple times. However, we have been so lucky to have an accommodating community and to have Paisley so well-cared for regardless of the solution.”

The parents said having reliable and accessible childcare in the community is a necessity and allows both parents to have a career if they chose to.

Another local parent, Jackie Van Vliet, had her second daughter last year and hopes to return to work in July, but whether or not that will happen as planned remains uncertain.

“It’s just a matter of whether I can get the girls into daycare or not. I don’t know whether I’m going to be able to go back,” she said.

Currently her girls are on both waitlists. But with so many others in the same boat Van Vliet can’t make plans for the end of her maternity leave and has even considered taking them to a daycare in Kamloops or finding a nanny to allow her to continue working.

When asked if she would consider moving off the mountain, she said the thought had crossed her mind.

“But ultimately no. If nothing works and I need to stay home for a few more years and kind of give up my career then I would rather do that then move away.”

Van Vliet agreed with Massey and Haynes that there’s a significant need for the service.

And while Hoppenreys said she isn’t opposed to growing her business, it would take a lot. 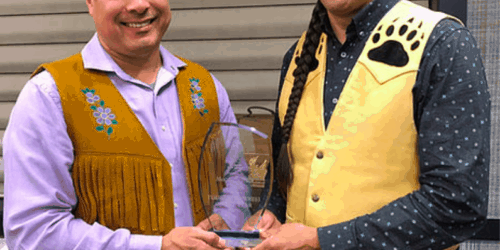 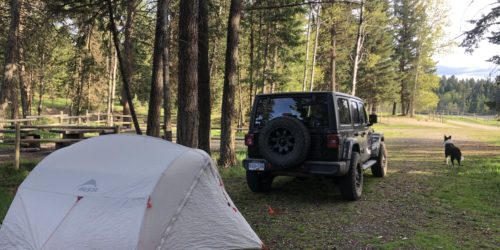