The pending deal would see the municipality lease space for two classrooms in the building to the school district. The aim is to limit the arrangement to the 2021-22 school year, as long-term plans for the Sun Peaks Centre involve hosting community and tourism-related events and conferences.

SPMRM Mayor Al Raine said the arrangement is in the “best interest of our community,” as it is preferable to another option, which would see students bussed from Sun Peaks to Heffley Creek Elementary.

Raine added the municipality has coordinated with the Sun Peaks Grand Hotel and Tourism Sun Peaks, which will ultimately market and book the site, on the proposal, and that it is believed bookings of the centre would be relatively minimal next season, due to the continued impact of COVID-19 on travel.

The school is now anticipating 150 students for next year,up from 125 this past school year.

As SPIN previously reported in May, the district planned on adding two additional portables somewhere in the community.

As it turns out, the site of the current location of the Sun Peaks School (at the top of the poma) is not suitable for this. “We’ve used up the usable electric power and to bring in more electric power from my understanding is very expensive,” said Raine.

“We’re in this similar problem where the high school’s located,” he said, adding that that area in question also houses the Annex, the Sun Peaks Alpine Club, and the Sun Peaks Health Centre.

Another option would have seen the protables added to the proposed site for a permanent school, which is slated to be housed on the east side of the east village (next to the current public works yard).

But, Raine said that site will not work either. While it does have the necessary electrical capacity, it does not have sewer.

“We have services to that parcel of land, but for sewer services, it would require a pumping station, because the land is below the elevation of the main sewer land”

Raine said an infrastructure investment is needed to make the site serviceable and he would like to get the ball moving on it as soon as possible.

“The long term proposal would be to have a sewer line go from the bottom of Morrissey along the bottom of the valley and out to that site. So the site would be serviced. [through] gravity flow.”

Raine added the municipality will be meeting with MLA Todd Stone ( Kamloops-South Thompson) and MLA Peter Milobar (Kamloops-North Thompson) to discuss if they can assist in securing grant funding soon.

“If we could get funding on that, we could get the design work going this fall” with construction to start in the spring.

The school district could in turn look to add portables to the east village site once it’s complete, with the aim of having it ready for the 2022-23 school year.

Sun Peaks currently sits fifth on the school district’s capital build list, which sets out how it prioritizes what order schools will be built once provincial government money is allocated.

“Our board has been quite aggressive in pursuing the province with our needs,” said Terry Sullivan, interim superintendent of SD 73, in an interview with SPIN back in May. “And so we have to continue to do that.

SD 73 did not reply to a request for comment or interview in time for deadline.

In an email to SPIN, Sun Peaks School Parent Advisory Council Chair Hayley Wuschke said she was happy the Municipality is working with the school district to come up with an interim solution to the school’s space issues.

“It really shows just how important our school is and how valued our students are to the community of Sun Peaks,” said Wuschke.

Wuschke said that the development also underlines the need for a school to be built in the community.

“This does however reiterate the desperate need for a brick and mortar  school in Sun Peaks,” she said.

“It is fantastic that we are on the District’s capital planning list for a new school,” she wrote.”As this division between classrooms within our school is not ideal and our community continues to grow, we need to be pushed to the very top of that list.” 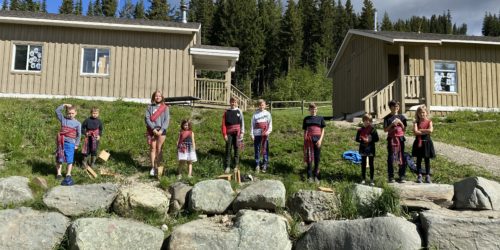 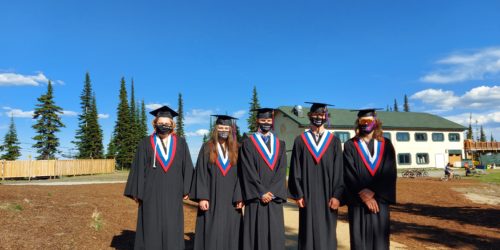