Sun Peaks included as venue in bid to bring reconciliation and work with First Nations communities
Kayla Empey  | September 7, 2022
Photo: The goal is to finalize the bid by February 2023. Photo by Zuzy Rocka.
0 shares

Sun Peaks Mountain Resort Municipality (SPMRM) has passed a motion to support, in principle, the Indigenous-led bid for the 2030 Olympic Winter Games.

The bid includes Sun Peaks as a venue for the Games, alongside Whistler and Vancouver. Sun Peaks would host the snowboard and freestyle ski events previously held at Cypress Mountain in 2010, with Kamloops providing the main accommodation for visitors.

During a SPMRM council meeting on Sept. 6, members of the Canadian Olympic Committee (COC) and Four Host First Nations presented their plan for the bid and outlined how hosting the Games could be beneficial. They then asked SPMRM to give a statement of support.

“Why we’re asking for this is it’s a requirement to go to the federal and provincial governments,” said Mary Conibear, COC’s provincial lobbyist, in the meeting.

“We need to show them that the local communities — the Nation communities and the municipal communities — are interested in this opportunity … We need to understand how the sharing of risks and benefits plays out. To do that, we need to get conversations going.”

All other involved communities have provided support, including the City of Kamloops last week. Conibear added the support is only in principle and does not mean the municipality is making any firm commitments.

“Sun Peaks Mountain Resort Municipality sees the potential of this exciting opportunity to drive benefits to all people in the region,” read the motion. “We support moving forward with the next steps to better understand the obligations, the specific risks and benefits expected.”

The bid is being led by the COC in collaboration with Lil̓wat7úl (Líl̓wat), xʷməθkʷəy̓əm (Musqueam), Skwxwú7mesh (Squamish) and səlilwətaɬ (Tsleil-Waututh) Nations. Representatives from each of the Four Host First Nations were in attendance at the council meeting, in addition to Kúkpi7 (Chief) Judy Wilson of Neskonlith Indian Band.

Jessie Williams, a member of the COC team, explained a main goal of the bid is to move towards reconciliation by uniting First Nations communities and people from all backgrounds.

“We are creating a pathway to — and amplifying the power of — coming together with one heart and one mind in the spirit of unity by centering collaboration, coordination, commitment and communication,” Williams said in the meeting.

Other ways the bid was presented to be beneficial is by creating economic prosperity, environmental stewardship, cultural enrichment and a chance for local athletes to participate.

The COC conducted a survey in August that found 85 per cent of respondents from Sun Peaks and Kamloops said the concept of hosting the Games resonates with them to some degree.

Now, with support from all involved communities, the Olympic Committee will seek federal and provincial approval over the next few months. The goal is to finalize the bid by February 2023, with the International Olympic Committee set to make a decision by June 1, 2023. 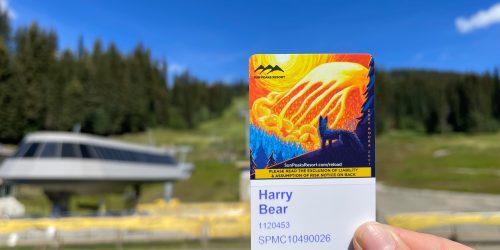 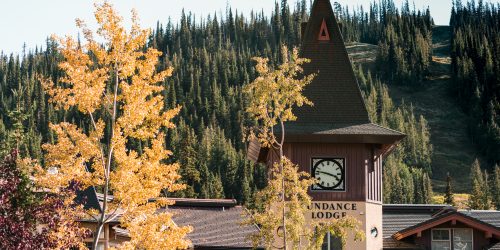