Sun Peaks Mountain Resort Municipality (SPMRM) is cleaning up the site for the future stage at the Sun Peaks Centre arena, preparing for the main construction to begin in the spring.

Mayor Al Raine said they are working on removing trees, as well as removing some of the soil on the sloped north end.

“They were hoping to do that before Christmas, but it’s all subject to how much water is coming down the hill,” said Raine. “They were looking at maybe even considering foundation work, but I think they’ve ruled that out because they dug a couple of test pits and from those there’s just way too much water.”

Raine said it isn’t a huge project, so once the construction begins in the spring it shouldn’t take long to complete. He said they hope it will be ready for use by July 2022.

The construction will extend the roof of the ice skating rink by about 24 feet, which the stage will be built under. Raine said this will allow for wintertime activities to continue without having to move the stage.

“With some places, like big arenas, they’ll move the stage in and put it on the ice. In this case, the stage will be permanent and it will be off the ice area,” said Raine.

Raine said he hopes residents will be inspired to use the stage for a wide range of events, including concerts and trade shows. He added the layout is also beneficial because it’s weatherproof.

“My hope is that we’ll be doing regular concerts and things like that in there…even if it rains, we’ll be nice and dry inside.” 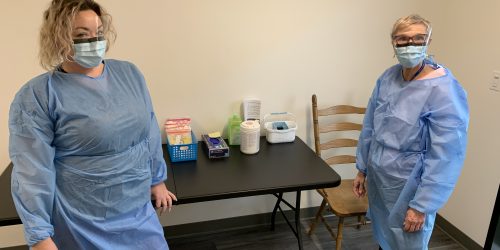 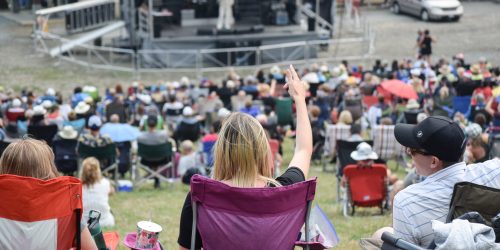