UPDATE April 6 9:20 a.m.: Kamloops RCMP have confirmed one dog and handler will return to the area to search.

After six weeks of searching the family of Sun Peaks resident and missing person Ryan Shtuka has changed their area of focus in the community.

It has been believed Ryan was last seen leaving a house party on Burfield Dr. at 2:10 a.m. on Feb. 17, but information first reported in the days following his disappearance has recently been revisited by the family, prompting them to think he may be have been spotted later that morning.

A text message from a party goer shown to the family may indicate Ryan left the party around 1:40 a.m. At 1:55 a.m. there was a reported sighting of someone generally matching his height, weight and clothing walking towards the village on Fairways Dr. at Eagle Court.

The person who reported this tip spoke with the family again last weekend, prompting them to reach out to the RCMP in hopes the revisited information could initiate additional searches by police and Kamloops Search and Rescue (KSAR).

Ryan’s mother, Heather Shtuka, said she is unsure what the response will be but expected both organizations to return to thoroughly search the new area. RCMP and KSAR couldn’t be reached to confirm if and when they will return.

Today she searched and dug in the new area with a friend and other volunteers will begin to focus on the area tomorrow, which is closer to the main village.

“It’s really good for my soul to be able to go out (and search),” she said. “It’s a good mental break. I feel like I’m contributing.”

Another group of volunteers will search from the covered bridge, located by the first hole of the golf course, to Fairways Dr. following McGillvray Creek.

Heather said when the sighting was first reported they were uncertain it was Ryan for a number of reasons, mainly because the bars and shops were closed at the time of the sighting making it somewhat illogical for Ryan to be headed there. But she learned Mountain High Pizza was open until 2 a.m. that day and began to consider he may have tried to return to the village for food.

“We’ll spend more time investigating this area as a real possibility,” she said. “Not to say Burfield is 100 per cent complete, not until the snow has melted…but having a new place to look at is not a relief but it brings new possibilities. Having a new place sort of revives us.”

So we have moved locations based on information we had the first couple of days of Ryan being reported missing. Did we go and look at that time…absolutely. However, not having the skills or knowledge, this would have been a cursory check to say the least. For the last 6 weeks, we have focused on the area where the party was as well as his house. But what if he walked towards town??? That is what was reported as a last sighting. So this is where we will try next. It does seem to someone who has not been here as overwhelming. New location… starting over. But I look at it as a new possibility. The opportunity to check off another area and one step closer to bringing Ryan home.

She added they will continue to send volunteers to search Burfield Dr. as that is the area where where Ryan was confirmed being. She expressed her gratitude to the community and especially to Burfield Dr. residents for their patience and kindness through the search.

“As a homeowner I can see why somebody would be (frustrated). ‘You guys are in my backyard, you’re in my stuff.’…We try to be as respectful as we can to this community, but I’m sorry I can’t really apologize for searching. We’re just so desperate to find our son.”

In the weeks they have been searching other high profile missing people have been located in Kamloops and the surrounding areas. Heather said it gives her peace.

“That gives me peace for them. It reminds me that everything lost will be found. Eventually it will be our turn and we will find him.”

She said she has no doubts they will find her son in the spring.

“We know with absolute certainty that we’ll find him when the snows melts.”

Anyone with information is asked to contact Crime Stoppers or the RCMP. 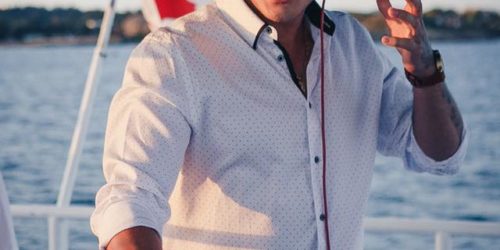 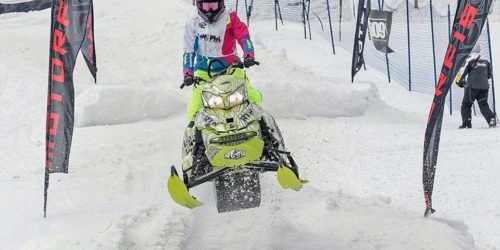 Snowmobiles take over after mountain closes