The new outdoor skating rink at Sun Peaks opened on Dec. 23 to rave reviews from beginner skaters to hockey players and everyone in between.
Despite not having the refrigeration system installed, low temperatures ensure the ice will be frozen naturally until the system is installed by mid-February. Having the ice frozen artificially will allow for a longer skating season than the previous outdoor rink allowed.
The Sun Peaks Hockey League (SPHL) has returned with a new structure, now open to everyone in the community, not just Sun Peaks Resort staff, and to any level of skater.
SPHL organizer Mike Billheimer said the new ice has made the game safer for players with the addition of full boards and benches.

“Everyone seems to really enjoy the new facility, it’s very convenient for us and everything flows really well,” he said.

Other teams have enjoyed the NHL size surface, including the Kamloops Chiefs old timers who played the facility’s first official game on Jan. 6.

The rink is beside the sports centre and open to the public every day.

Correction: A previous article on the new ice rink incorrectly stated the brunch before the Grand Opening on Feb. 3 is a public event when it is actually a private event. We apologize for this error! 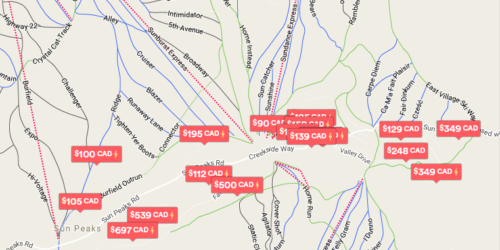 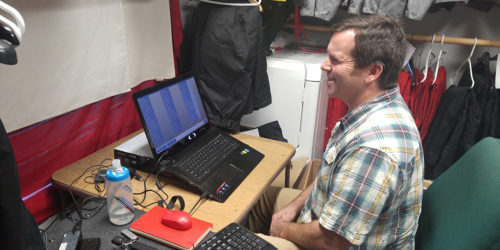