New infrastructure projects may be far from some minds at the moment, but recent talks among stakeholders suggest the old idea of a new road from Sun Peaks to Chase is being revisited once again.

“There have been amendments to the not-yet-approved Official Community Plan (OCP) for a road to go out towards McGillivray Lake that would eventually tie into any road coming from the Trans Canada highway.”

He explained that a year-round through road from Sun Peaks to Chase would involve a merging of two different projects that are both in their infancy.

The first, a municipal project, would extend the main road through Sun Peaks from P5 section by section, progressing as development does towards the east, according to Raine.
This new road would bypass the ski area boundary, unlike the existing forestry service road to Chase that opens during summer.

The second project, headed by the Little Shuswap Lake, Adams Lake and Neskonlith Bands, would build a road up from Chase that Raine said would likely avoid some of the steeper grades on the existing forestry road.

On March 5, the three bands and provincial government met to discuss what a government to government relationship would need to look like around Sun Peaks to make collaborative projects like the road happen, Hutton said.

He explained that once the province makes a cabinet submission on the bands’ proposal, background research and assessments would need to be completed, and the interests of the neighbouring bands aligned.

“That would give us the ability to ultimately plan and then design a route,” Hutton continued.

He stated Little Shuswap Lake band, in particular, has been interested in a year-round road from Chase to Sun Peaks for some time.

“The road represents a huge benefit in terms of diminishing fire safety risk,” Hutton said. “(Also) for us it’s really about economic development and filling up those beds at Quaaout Lodge year-round…we’re also looking at being able to ramp up our involvement in the tourism and service sector.”

He said the municipality had talked with Little Shuswap Lake band about its projected plan—and that Sun Peaks expressed an interest in seeing it proceed—but no community to community discussions had taken place yet.

“There’s no real rush to get the road through the municipality out to McGillivray Lake to tie into a road that maybe won’t be built for five to ten years, so our timing would relate directly to what the agreement is between the bands and the province,” Raine said.

As it stands, though, funding may be the real time frame determinant.

“This just doesn’t stand out as a huge priority for government right now, even though they’re very supportive of what we’re trying to do,” Hutton said. “Without any money we’re gonna be stuck.” 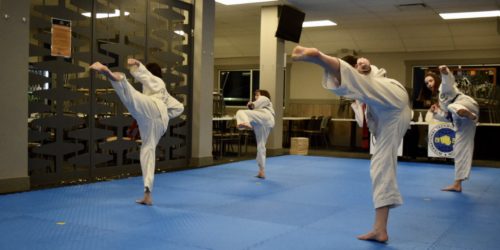