These were the last words spoken by Eric Garner and Geroge Floyd when they were arrested and murdered by police officers, leading to protests and riots across the United States. While part of me is extremely grateful that I haven’t experienced the extreme oppression that my black brothers and sisters have endured in the United States, this has led to several of my white peers to think that these issues don’t exist in Canada, or that the riots that are happening throughout the United States are unnecessary, or commenting with All Lives Matter.

Current events have forced me to open up the dialogue in our community regarding racism in Canada and explain why it’s not okay to assume that Bryan Adams’ rant wasn’t racist, or that the images of Justin Trudeau’s black face were blown out of proportion, or to respond to Black Lives Matter with All Lives Matter. People of colour have been dealing with oppression for centuries, and while white people have endured hardships in their lifetime (such as bullying, abuse, addiction, rape, and extreme poverty), the difference is that white people in the United States and Canada are at an advantage because systemic racial oppression isn’t one of the obstacles they have had to overcome. Typically, access to helpful and essential resources are controlled by people who come from privilege and if history has taught us anything, it’s that those in charge tend to favour their own groups, whether it’s intentional or not.

The thing about racism is that it can be experienced with or without obvious actions or words, and happen almost on a daily basis. It’s the department store clerk whose eyes follow you around the store. It’s having your citizenship questioned by everyone, from the person you meet at an all-inclusive resort wondering how you speak English so well, to being held up at customs because there’s no way that someone with darker skin can have possibly have dual citizenship (that last one happened to me every time I crossed into the United States before I finally got a Nexus card). And when these experiences are faced almost daily combined with having to explain to your children how to respectfully react when being pulled over because the colour of their skin can quickly turn it into an ugly, potentially dangerous altercation, then yes, it becomes a problem.

When people of colour try to protest peacefully, it almost always turns into another, non-related issue that loses focus of the initial message that was being delivered. Black people protest Black Lives Matter and people respond with All Lives Matter. Colin Kaepernick took a knee to help bring awareness to police brutality and it turned into disrespecting the flag. Peaceful protests can turn into riots because one of two things are happening: criminals are taking advantage of people trying to share a message, and the burning and breaking into of buildings seems to gain more attention than anything else we’ve tried in the past. Consider this: have you ever been so angry you’ve punched a whole in the wall? It’s almost the same thing just on a larger scale. Large groups of people who have faced generations of oppression and racism are angry and have resorted to violence because they have no other way of sharing or showing emotion. It may not be the “right” way to show emotion, but it’s also difficult when your message consistently gets lost or turned into something else.

Rather than being offended by the term White Privilege or Black Lives Matter, perhaps listen to what your fellow Black, Hispanic, Asian, Indigenous peers are saying and consider helping them in the fight they’ve been fighting for years, because we’re tired of not being listened to. 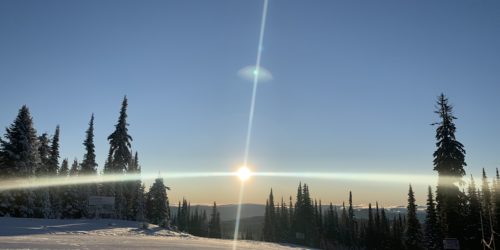 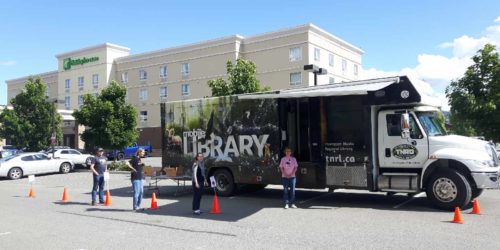