Update Aug. 11 – The Ladies Bike Nights have restarted after being temporarily put on hold due to the evacuation alert (which has since been lifted) related to the Embleton Mountain wildfire.

Cheryl Beattie has been helping women forge new paths and relationships in the mountain biking community for decades with her depth of experience and expertise in racing, coaching, running the Bicycle Cafe and organizing events, including the recent downhill ladies camp in Sun Peaks.

On July 24, Beattie’s Downhill Skills Camp for Women started off with excitement and uncertainty but ended with progression and skill advancement.

The clinic introduced an intermediate level group of women mountain bikers, with a predominantly cross-country mountain biking background, to the gravity trails of Sun Peaks.

“Everyone was excited and decided they had come to get better, so they kept choosing harder trails that they were comfortable with,” Beattie said.

The group warmed up with basic skills and moved into more technical aspects such as drops, jumps, braking, steeps and cornering.

By the end of the action packed day, the group was able to build up to a blue technical trail called Resurrection.

“Now, there’s so many women on the mountain so the more we can provide guidance and coaching, the better. Because they’re going to love it. Instead of being scared, they’re going to get better really quick.”

A priority in these camps has always been to help create positive change for women in mountain biking, a sport that has been male dominated.

“I have found in the industry men are always telling women what they want, telling them what they need, telling me I don’t need a downhill bike because I’m too small, [saying] I’m not going to use it and I’m just like ‘who cares, shut up,’” Beattie said.

In addition to offering women in mountain biking better advice, which Beattie was able to do while running the Bicycle Cafe in Kamloops, she has also enjoyed seeing women create their own groups of friends to ride with.

“Making a connection with others at a similar level is an important part of women’s mountain biking. A lot of people have had the experience of just kind of riding with their [partner] or riding with a group of guys and just kind of getting blown out the back. It’s not as much fun,” Beattie explained.

For the rest of the season, Beattie is looking forward to continuing with Ladies Night at Sun Peaks (which was temporarily put on hold due to the recent evacuation alert related to the Embleton Mountain wildfire), organizing the Yeah Bru! Grass Dual Slalom World Cup on Sept. 5 and riding some of her favourite trails in the bike park.

“I love the old school Sun Peaks stuff, trails like DH and High Octane and Smitty’s Steeps and I love Resurrection. I always say I love having to scrub speed, I hate having to get speed.” 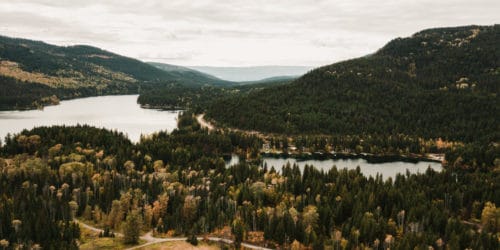 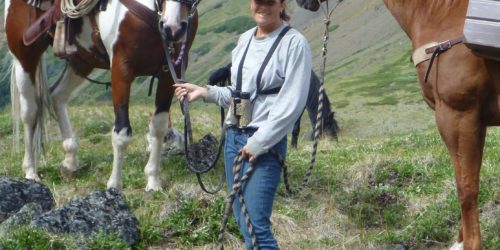 Life as a Local: Jamie Jeffreys