Residents around Heffley Lake are still seeing negative effects of a 2017 drought on the local douglas fir tree population.

Heffley Lake Community Association director Phil Youwe said the mature trees in a blowdown area in the Twin Bay section of the lake are infested with Douglas-fir bark beetle.

“The bark beetle moves into trees that are over-mature, are stressed (and) are larger trees over 20 cm in diameter,” he said. “They move in there as a pest and can result in trees dying, they die over two to three years.”

The community has seen the problem for the past few years and has worked closely with the Tk’emlúps te Secwe̓pemc Indian Band and the Ministry of Forest, Lands, Natural Resource Operations to mitigate the further spread of the bugs.

After a few meetings with both entities, the band took action on the blowdown area in November 2018 and initiated a funnel tree and trap tree program.

“What the forest service did initially was to add some more traps and put trap trees down on the ground which allows more inspects to come into those trees. That was initiated by Tk’emlúps Indian Band and was very successful.”

The trap trees were removed in the winter of 2018, but the community has started to see more beetles in the blowdown area again.

“The beetles take a long time to get control of it,” said Youwe. “Right now their population is increasing, so what we saw in 2019 was more dead trees coming in and around the blowdown area.”

The trap trees act as a natural control method as there is no spray deterrent for the bugs. The community association has continued to co-ordinate with the band and for further control efforts.

“We’re in good communication with them we’re happy with the ongoing discussion we’ve been having and we’re looking forward to meeting further this fall to discuss next steps,” said Youwe.

The group has discussed looking at a larger program for 2020 as the beetle density is still fairly strong. They are also putting out information for residents to learn how to identify and control attacks. 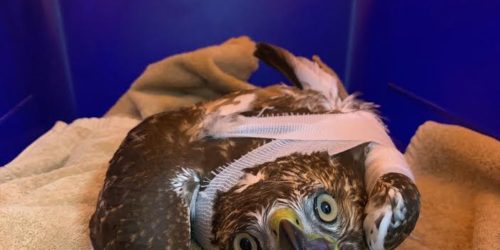 Patrol and bylaw work to save injured hawk 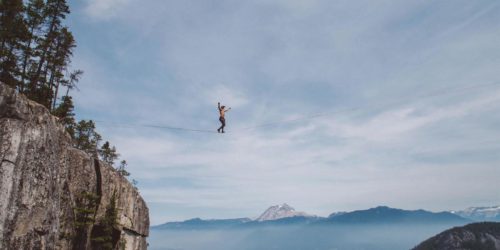