What if you could build a house in two days?

Last fall, the Canadian Home Builders Association and trades students from Thompson Rivers University did just that. By using Structural Insulated Panels (SIPs), the crew erected the walls and roof of a 2,000 sq. ft. home in just 16 hours.

SIPs are prefabricated panels made of expanded polystyrene insulating foam sandwiched between two oriented strand boards (similar to plywood). Hailed as an energy efficient innovation in home construction, they can be used as walls, floors or roofing material. The panels are pre-cut and ready to be assembled, just like a jigsaw puzzle.

“It’s a panelized system and the insulation is already in it. So when you stand the walls up, those walls are finished,” said Duane Svendson from Trout Creek Enterprises, SIPs distributor in Kamloops. At that point, the panels are ready for windows, doors, siding and electrical.

Because of the complex designs of many custom homes in Sun Peaks, it usually makes more sense for builders to use wood framing rather than SIPs. But that may change soon. Amendments are expected to be made to the B.C. Building Code, which will require new homes to be more energy efficient. This will affect the way homes are built to meet the stricter standards.

“And when that happens in the next couple of years, you’re going to see things like SIPs. They’re going to become much more prevalent,” said local builder Darcy Franklin of Meranti Developments. “I think it’s smart for home builders to start looking at SIPs.”

Builders may view SIPs as a viable alternative to improve home insulation. Its high insulation value is due to the airtight construction of the panels. This translates to energy savings especially in the winter.

“It’s going to take about 50 per cent less energy to heat and to cool a home,” said Svendson.

“When you take a heat camera (to a traditional wood panel), you can actually see where the studs are because they’ll transfer heat to the outside,” Franklin explained. “With the SIP panels all foam, you don’t have that thermal bridging anymore.”

However, SIPs are still a bit more expensive than traditional building materials, costing 10 per cent more, and often requiring a specialty crew for assembly.

They also may not be as accommodating in design or in last-minute changes—something that builders, electricians and home owners must adapt to when planning a home.

“You’ve got to have your planning down pat,” said Franklin. “Basically before you order SIPs, you should make sure that everything about your house is decided on 100 per cent. They’re pre-cut so you want to have everything laid out ahead of time.”

This also applies to the home’s electrical layout. “Once they work with it and understand it rather than fighting it, I’ve heard that electricians like it,” said Lodermeier. “It’s just the initial shock because it’s so different.”

A Canadian invention, SIPs have been around for about 50 years. As the building industry looks for ways to become sustainable, we may see more houses built using this material in the coming years.

“I think they’re a great product,” said Franklin. “The mainstay in construction in two or three years will be SIPs. We’ll see what
happens.”

Showcase your home in Sun Peaks 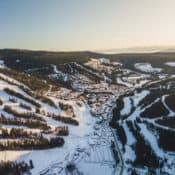 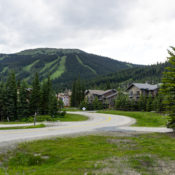 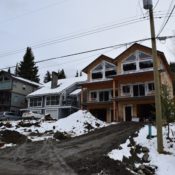 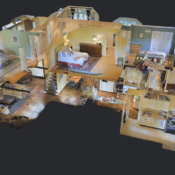