After months of running private classes from home, the husband-and-wife team of Hamish and Tori Charlton at Black Beaver Athletic are thrilled to expand their operations and open Sun Peaks’ first CrossFit gym this month.

According to Hamish, a CrossFit gym differs from a traditional gym by offering a more diverse workout regime.

“Instead of going to the gym and doing a chest day or back day or a leg day, you’ll come to a CrossFit gym three or four times a week and we provide a workout focusing on all aspects of fitness,” he said.

“We’ll do cardio, anaerobic exercises, strength training and more, and we constantly change things up… You’ll be learning new skills to help you get fitter, stronger and faster.”

Hamish said CrossFit training was suitable for all ages and fitness levels, and said the gym would be offering a month-long Fundamentals program to help introduce newcomers to CrossFit.

“It’s really something that anyone can do. I think some older people can be afraid of trying it or are worried they won’t be able to do it, but classes can be tailored for all abilities and fitness levels.

“It’s a really supportive environment and I’d love to see more 50 and 60-year-olds coming along,” he said.

Hamish hoped the gym would complement the lifestyles of many local residents.

“Ideally,  a CrossFit workout would support what you like to do outside of the gym. You’ll be able to ski much longer or ride your bike uphill easier.”

Hamish said the gym had potential to support other aspects of the community, such as the Sun Peaks Alpine Club or local school students, with programs to suit their needs.

The Charltons have been working towards opening a gym since returning to Sun Peaks late last year.

“We recognized there was a need for a gym facility in the community, and we’re hoping to fill in that void with CrossFit,” Hamish said.

CrossFit is the fastest growing gym franchise in the world. Since 2005, the gym has grown from just 13 locations to more than 10,000 around the world.

Black Beaver Athletic is located in the Kookaburra Lodge. For more information go to www.Facebook.com/blackbeaverstrengthco. 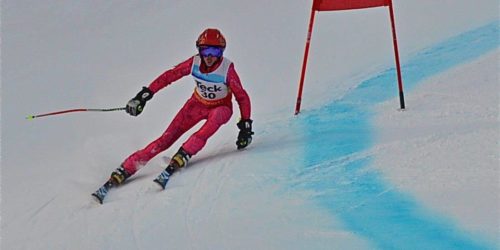 Sun Peaks racer competes Down Under