This weekend at Sun Peaks is set to be a fun one. The resort will play host to one of my favourite summer events—the Retro Rock Concert Weekend. The concert kicks off this Friday, August 12 at 6 p.m. with AC/DC tribute band BC/DC, who rocked the village square last year.

This year’s event is set to be even more exciting with Sun Peaks bringing in guest bloggers for the event. So if for some crazy reason you can’t make up to the mountains to catch all the live entertainment you can follow all the action via Twitter, Facebook, UStream, YouTube and Flickr photo uploads. Yes this #retrorockweekend is going to be a social media extravaganza!

What’s so social about this event? During the shows @sunpeaksnews (The Twitter account for SPIN Newsmagazine) along with a group of guest bloggers will be  tweeting from the event. For those of you not familiar with the latest social networking craze, this means they’ll be sharing interesting and funny pieces of information in less than 140 characters. There’ll also be tweets with links to videos and photos.

If you’re planning on being in the Sun Peaks village square for this weekend’s festivities and you have a social networking account such as Twitter, Facebook or Google+ then you can participate too! Make sure to use the hashtag #retrorockweekend on Twitter.

Don’t have a Twitter account? Create one today, it’s not only free and a huge amount of fun, but you can also participate in the first #sunpeakstweetup. What’s a tweetup and what’s with the hashtag? A tweetup is an event where Twitter users get together to meet in person. The hashtag? When people tweet they often use a hashtag (the # symbol) in front of a word or group of words so other users can search for tweets using that tag.

The first #sunpeakstweetup will take place at Masa’s Bar & Grill at 3:30 p.m. on Saturday, August 13. The first 30 people to join the tweetup will be rewarded a prize Tourism Sun Peaks. So get there early and be part of this fun new way to socialize. Check in on FourSquare and let others know you’re attending the #sunpeakstweetup!

The finale of the #retrorockweekend starts at 11 a.m. with Hipeponymous, a tribute to Canada’s favourite rock band The Tragically Hip.

Add us to your circle on Google+: http://gplus.to/sunpeaksnews

Catch some of the live action on UStream: http://www.ustream.tv/channel/sunpeaksnews

Checkin to the #sunpeakstweetup and Friend us on FourSquare: https://foursquare.com/sunpeaksnews

Protect yourself from West Nile virus

A peek into the past aboard the Spirit of Kamloops 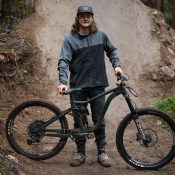