Sun Peaks’ first-ever tattoo shop is officially set to open this weekend, giving community members and visitors a place to get some fresh ink while on the mountain.

The JuggerBean Tattoo Parlour is run by Amie Easton, who lives in the Heffley Valley with her husband Jared. Amie said she is pleased to see the shop coming to life.

“Being the first tattoo shop in Sun Peaks is so special,” Amie said. “There’s always trepidation, but I’m honestly so excited. It feels so real now.”

Amie has been creating art ever since she can remember. From doodling in class, to crafting yearbooks, to becoming a full-time artist painting comic book characters in her hometown of Prince George, B.C., Amie’s life has always revolved around creativity.

After meeting Jared and moving around a bit, the Eastons ended up in Kamloops. For a while, Amie was working a day job and painting in her free time. The Art We Are Cafe was selling her paintings and she began an online art business, but Amie still wanted to do art full-time again.

“I really just tried to convince her to do tattooing,” Jared said. “There’s so many people struggling to be painters, and just so few that make any kind of a living doing it. But tattooing, that seemed like something where it’s a day job of art and making good money doing it.”

Amie inquired about apprenticeship with Sakred Skin & Studio in Kamloops and was offered a position the next day, launching her love for tattooing.

If forced to describe her tattoo style, Amie said she is close to a traditional style and really loves colour. However, she’s up to tattoo whatever is trendy and loves when people come in with their own ideas.

Amie said opening a tattoo shop in Sun Peaks was a largely financial decision, because it’s closer to home than driving into Kamloops.

“We could afford to open up here if we could maintain the clientele of downtown. That’s the risk we kind of decided to take,” Amie said. “A lot of my clients’ feedback has been 100 per cent positive and so that felt really good.”

Jared added that they are also attracted to the lifestyle in Sun Peaks, and come up the mountain frequently.

On April 3, the Eastons are hosting the grand opening of JuggerBean Tattoo Parlour from 10 a.m. to 3 p.m. The day will feature live painting from Amie and local artist Zuzy Rocka, as well as appointment spots from guest tattoo artists Jullian Greenman and Ashlyn Sunderman.

“I’m not going to be tattooing that day because I feel it’s a bit more about talking to people,” Amie said. “I’ll pretty much be doing consultations that day, getting people booked in and seeing the vibe.”

As of now, the studio is already booked until June, aside from appointments for smaller tattoos. Amie said it’s a little overwhelming, but she appreciates how much interest there is. She added that the community has been supportive and welcoming.

The Eastons were hoping to open the shop earlier than April, but had to wait seven months for the building’s strata council to have their general meeting to get their plumbing approved. Amie said they were lucky their property manager held onto the space for them until the issue was straightened out.

The tattoo parlour is located at 3190 Creekside Way, inside the Fireside Lodge. It will be open Tuesday to Saturday from 9 a.m. to 5 p.m. Visit juggerbeantattoo.com for more information, or check out Amie’s work on Instagram at amieeastontattoos and juggerbeantattooparlour. 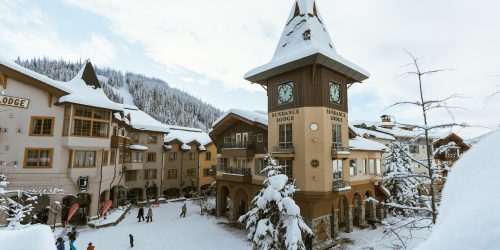 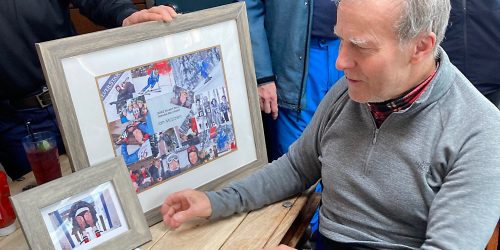