The good, the bad and the Golden Globes

It’s been a lean month for Rave Reviews. After the luxury of the holidays, I’ve once again become miserly with my time. Movies, therefore, better be good if I’m going to ration out a few hours to watch them. Sadly, my ability to evaluate based on trailers has dulled recently and I’ve seen what seems like a disproportionate number of bad films. The only bright side is the few good films I’ve taken in have been great, making up for the rest of the plonk. First, the bad. My love of action-packed horror films sometimes leads me astray, especially when it comes to sequels. I enjoyed the first Resident Evil which premiered in 2002. It was edgy, lean and had a hardcore soundtrack that jacked up every action sequence. Then came the second and third Resident Evil films, moving progressively towards the ridiculous and plodding. So when Resident Evil: Afterlife came out on video in December I don’t know why I bothered to hope it would be better. Between the non-linear, fragmented plot, and the new computer-generated zombie effects that were cribbed directly from the Blade series, I could barely keep a straight face. There was truly nothing redeeming about the entire film.

I thought I’d fare better when I went to see The Green Hornet, Seth Rogen’s recent foray into the action genre. I did, but only barely. Rogen is completely intolerable as a spoiled, twentysomething heir to a media empire. His hare-brained scheme to become the anti-hero of Los Angeles could’ve set up an awesome story, but his dawdling, frat boy humour drowned out all possibility of that. What’s truly unfortunate is that Rogen’s supporting cast was incredible. Cameron Diaz, Oscar winner Christoph Waltz (Inglourious Basterds) and straight-man Jay Chou all could have worked magic for this film if the director had just put a muzzle on Rogen. There were a few laughs to be had in some of the exchanges between Chou and Rogen, but in general this movie was hopeless.

The month was looking bleak when I arrived at the theatre to see the latest from the Coen brothers, True Grit. The remake of the John Wayne classic was getting a lot of hype but it wasn’t until newcomer Hailee Steinfeld performed her first tight-lipped exchange with a grouchy old town merchant that I could see what the critics were talking about. Steinfeld shares the screen with Matt Damon and Jeff Bridges, and each of them plays their part to perfection. The spitfire dialogue between the characters really makes the film, although the Coens’ eye for location ensures the backdrop is equally captivating. This film has award-winner all over it, which brings me to the question: why was it completely shut out at the Golden Globes while a weak movie like The Tourist, starring Johnny Depp and Angelina Jolie, manages to get several nominations? I certainly hope the Academy of Motion Picture Arts and Sciences isn’t as short-sighted as the Hollywood Foreign Press!

On that last note, the Oscars are coming up Feb. 27. If you haven’t planned your Oscar party yet, get cracking! Hollywood is never glitzier or more glamorous during awards season, and I’m looking forward to having a front row seat. 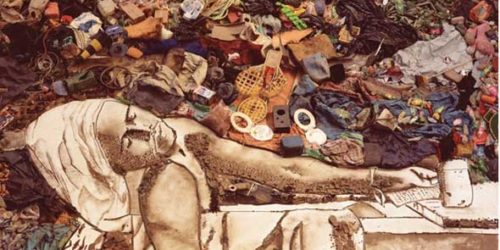