Looked at from above, they criss cross in numerous ways, with a total of 29 different intersection points and 38 individual trail sections.

Like others before him, one day several years ago Richard Taylor put his mind to determining a route that would allow him to ski all the trails in a day.

“I sat down to try to actually like draw out a route, just using the trail map, and I just got overwhelmed with how hard it was,” he said.

“You inevitably have to kind of retrace your steps a little bit and do parts of the trail network twice, just to hit everything.”

While other people might have simply called it a day and moved on, Taylor took things to the next level.

“I just kind of made it a fun weekend project, ” he said.

In the end, the program ended up running over the weekend, processing billions of options, and eventually coming up with several of the most efficient options.

Taylor said there is a certain amount of subjectivity when it comes to which is the most efficient, and that the shortest of the options clocks it at around 45 kilometres—a distance that is doable for strong cross country skiers.

Taylor added that the math involved in solving the problem draws from graph theory, and that the specific problem is actually quite well known.

“I guess the classic version of [the problem] is that you imagine a travelling salesman who needs to travel to a bunch of different cities, and needs to find the kind of most efficient way of getting to all of them so that they all get visited at least once,” he explained.

Wikipedia has a good description of this “travelling salesman problem” if you’re interested.

After producing his work,Taylor shared his findings with the Sun Peaks Nordic Club, where they received an enthusiastic reception. If interested, you can view a blog post he wrote on his findings here.

Taylor said while he was thrilled that his work got a positive reception and that some people (including his wife) have completed one of the suggested routes, ultimately he decided doing so wasn’t for him.

Having skate skied for the past six years, he would rather stick to his favourite trails, and enjoy the beautiful Noridc trail system on his own terms.

“In the end, I just kind of felt like it was boring,” he said. “I’d rather ski my favorite routes repeatedly, rather than trying to hit everything.” 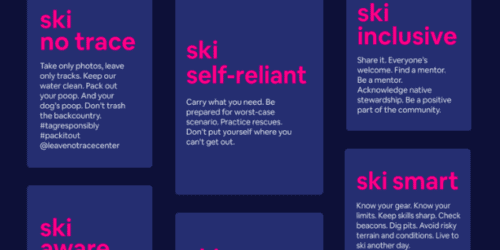 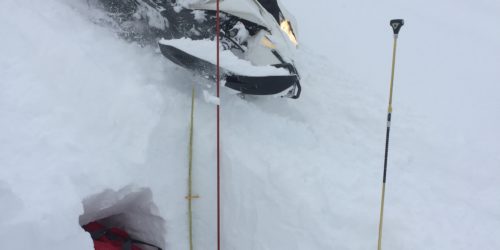