Organization would like to see deal for winter months
Joel Barde  | August 4, 2021
0 shares

Tourism Sun Peaks (TSP) is working with various stakeholders to see if there is a possibility to bring back direct flights from Toronto and Seattle to the Kamloops Airport (YKA).

Arlene Schieven, president and CEO of Tourism Sun Peaks, said the organization is in talks with YKA and other Kamloops-based tourism partners to help facilitate the flights.

The stakeholders are looking at the possibility of arranging revenue targets with participating airlines, meaning they will provide money to an airline if and only if it doesn’t reach a certain level of capacity on pre-arranged flights.

Schieven said the stakeholders envision this for flights between mid-December to late March, rather than during the summertime, when visitors tend to drive to the resort.

“We would only do it for the winter. Our visitation in the summer is much more driven,” she said, adding  the winter is also a period where TSP thinks  it wouldn’t be taking on “too much financial” burden when it comes to the deal.

A similar arrangement did exist in the past, with a direct flight from Seattle to the Kamloops Airport that existed prior to 2008.

“There was this type of an agreement in place, and that flight actually was very successful,” said Schieven. “There wasn’t much money that had to be paid out at all because the flight was successful.”

Ed Ratuski, managing director for the Kamloops Airport, said that while it would be up to the other stakeholders to provide revenue guarantees, the airport could potentially kick in “incentives” to help build the service, such as reduced landing fees for carriers.

“We have to verify that there’s enough traffic between those specific destinations to support the service,” he said.

COVID brought an unprecedented interruption in flights to YKA, with the airport still very much recovering from its effect. Ratuski said while there is some positive recent news, there is still “a lot of uncertainty” when it comes to air travel.

“As of July 1,  both Air Canada and Westjet and Central Mountain Air have all increased their frequencies to Kamloops, and so the passenger loads are starting to increase,” he said.

“But with COVID still in play, the overall passenger loads aren’t aren’t anywhere near pre-COVID levels right now, and we don’t have this number of flights.”

That said, Ratuski is bullish that levels will return by this winter—-something that will come as welcome news to Sun Peaks businesses.

“We’re expecting by winter that the frequency will be closer to where they were pre-COVID,” he said. 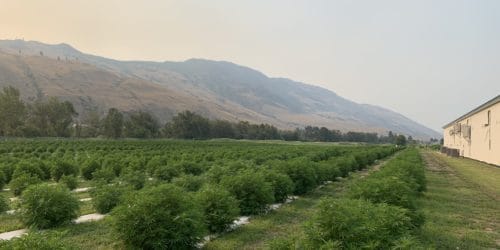 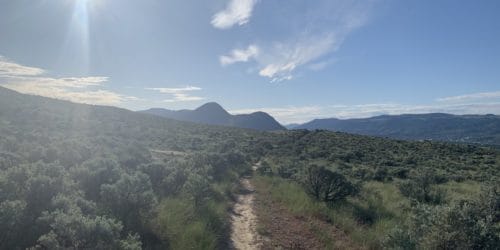