Wondering what US residents are required to do before, and during, their trip to Canada? Here’s one Sun Peaks property owner’s account of what was required for their to return to Sun Peaks.
Jarrett Hofmann  | August 25, 2021
0 shares

Diane Bacon, a California resident, has owned a home in Sun Peaks for 18 years and hasn’t been able to visit since she was forced to leave in March 2020 when the province shut down due to the COVID-19 pandemic.

As of Aug. 11, United States residents were once again allowed to travel into Canada as long as they were vaccinated, showed recent negative COVID tests and had a quarantine plan.

Bacon had planned on returning to Sun Peaks the day the land border crossing reopened, but it wasn’t all smooth sailing on her journey back to where she referred to as her “happy place.”

“I’d heard it might be busy, and I couldn’t take a COVID test in California and make it up within 72 hours,” Bacon said, referring to the time limit of how recent the negative COVID test has to be for it to be accepted by border control agents.

Bacon quickly changed plans to stay with a friend in Port Townsend, Wash., so she could get a more recent COVID test at a local drugstore.

She was expecting to receive the COVID test within three days, which turned into five, delaying her trip further.

“Then I heard from my friends that I could get fast results from the Bellingham [Washington] airport. So a couple days later I went there and stayed with their daughter because they were already in Sun Peaks,” she said.

Bacon received her results within 15 hours and set her sights on Sun Peaks.

“In one week I had three tests. Normally they make you take another one at the border, but it was too smoky for them to operate outside, so I was given one to take within 24 hours under the supervision of an expert during a Zoom meeting,” Bacon explained.

After completing the test in her Sun Peaks home while in a Zoom meeting, Bacon drove into Kamloops to ship the test express to a LifeLabs in Richmond, B.C.

“In a day or so I got results; it was negative again. I’ve been laying low ever since.”

Bacon said it’s been a real relief since being back in Sun Peaks and is glad to be welcomed by all her close friends again, but she isn’t quite cutting loose and urged people to be cautious after what she has witnessed back home in California.

“I walked through the village and couldn’t walk 10 feet without someone coming up to me and welcoming me back, but I’ve been trying to lay low because I want to follow the rules. I’m wearing a mask inside and eating outside, doing all the things I’m supposed to,” Bacon said.

In Bacon’s home county, she said there’s only a 52 per cent vaccination rate and numbers are really going up in the last six months.

She also commented on many people’s disregard for public health restrictions (before the new orders were put into place).

“It doesn’t seem like people here are taking it as seriously as [people who are travelling here] are. We’re trying to be extra careful and people here say ‘oh well it’s alright, no problem, we’re vaccinated.’ And I just say that doesn’t matter, it’s going to hit you like it has been in the southern Interior [of B.C.]”

Bacon added Canadian border control agents have followed up with her via email and told her to expect a phone call to ensure that she is following the rules she was given at the border.

Bacon also said some of her other U.S. comrades were not ordered to take additional COVID tests at the border, and only had to show recent negative test results, but everyone else she’s talked to has been given the additional test.

“Then the one guy, the guy who was told to wear his mask outside, his test came back contaminated, so he had to order a kit to be sent to him. Who knows how long that will take.”

As for the rest of her stay, Bacon is looking forward to golfing, starting a new health routine at the gym and most of all seeing everyone while abiding by the rules. 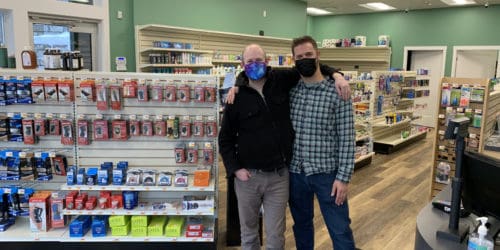 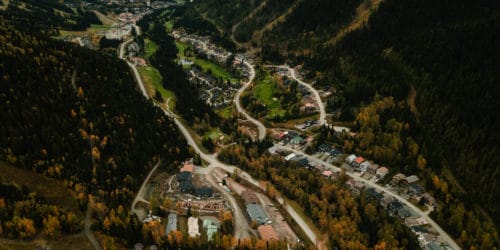