Update Aug. 3, 2021 – The Thompson Nicola Regional District announced the “All Clear” for Whitecroft on Aug. 2.

The Embleton Mountain blaze tested the nerves of many area residents, but perhaps none were inconvenienced as much as Whitecroft residents, who were evacuated from their homes for 12 days.

After the evacuation order came down on July 10, residents of the unincorporated community were asked to leave immediately, leaving many to scramble to find alternative places to live.

This evacuation order was finally lifted on July 22, once the blaze had been somewhat contained by the BC Wildfire Service.

With extremely low vacancy rates in Kamloops due to the province’s many wildfires, residents had to get creative in terms of finding accommodation.

Whitecroft resident Zuzy Rocka went to her parents’ acreage in Westwold. She was happy to find a safe place to stay, but soon ended up having to leave due to the White Rock Lake wildfire.

Again, a wildfire had her and her partner on the run.

“It was okay for like a week, but then they kind of had a fire starting up,” she said.

Rocka and her partner then evacuated to Kamloops, where they stayed with her brother-in-law’s parents.

“It’s been a bit draining for sure, being evacuated twice and not being able to work and have my life together,” she said.

Rocka, who works as an artist and freelance photographer, said the evacuation has impacted her business as well.

“Besides canceling shoots, my work computer seems to have been damaged in the second evacuation,” said Rocka. “I’m so behind on delivery of photos…it’s [also] been a nightmare moving delicate art ….It’s been a nightmare to be honest.”

Michelle Landry of Peaks Bed and Breakfast said it was the “ups and downs” of not knowing how things were going that brought on the stress.

She said photos that emerged on social media would all give a different impression, leaving her to wonder about how threatened her home actually was from the fire.

Landry and her partner also saw a financial loss from the blaze.

“We had to cancel a lot of new reservations through the fire,” she said, adding it represents an especially hard hit after COVID.

Luckily Landry and her partner were able to access commercial insurance through their business.

They ended up relocating to Calgary. They have family there and the company her husband works for has an officer there, allowing him more space to work.

Whitecroft resident Kelsey Dodd and her family were also forced to move around. First to Barriere, then Falkland, then finally to a friend’s home in Sun Peaks.

She said she was disappointed with the communication from the Thompson Nicola Regional District regarding when they might be able to return home.

“I guess I always kind of had it in my mind that evacuees would be given [additional] information,” she said. “And we’re not. Like our information source is the same as what everybody else’s is.”

Dodd added while the financial supports for groceries were appreciated, their distribution was a bit “bizarre.”

With Whitecroft residents now home, things will be getting back to normal for many.

Reflecting on the evacuation experience, Rocka said she was heartened by how many people reached out to offer a place to stay or support.

“It was pretty nice to know that we had a lot of options,’ she said. “We just kind of selected what was best for us.” 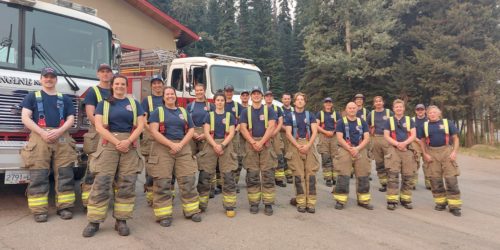 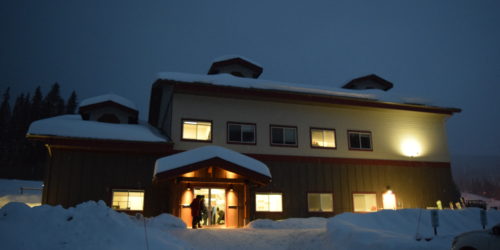