There’s no doubt Sun Peaks has a lot of young talent. The outdoor lifestyle turns many youth into athletes, but it can also be a great space to explore creativity.

This is the case for Noah Lara, a 16-year-old photographer and filmmaker who loves to capture skiers and bikers in action.

“There’s this one channel called Linus Tech Tips and they did a lot of behind-the-scenes work,” Lara said. “They always featured these high quality cinema cameras and I just genuinely thought they were really awesome. I kind of researched more about them and I thought to myself, ‘wow, that’s something I want to do.’”

He said this was also around the same time he discovered his passion for mountain biking and skiing, making it the perfect subject.

As he works on developing his camera skills, Lara has had a few opportunities to learn from more experienced locals. Recently, he shadowed Kamloops-based photographer Dylan Sherrard, as well as Sun Peaks photographer and filmmaker Kyle James.

“[Kyle James] has actually been mentoring me and guiding me quite a bit,” Lara said. “It’s been really awesome to be able to work with him on small projects and just get advice from him, dealing with business sides of things or with just certain ideas for shots.”

Lara also recently did an internship with Boombox, a group that does all the broadcasting for Crankworx mountain bike events. He spent a week in Whistler at Crankworx Joyride and worked on a mid-show project. Lara said this was a great experience because he was able to try out several different brands and styles of cameras.

Otherwise, Lara said learning the skills has been a lot of trial and error. He often films his friends biking or skiing on the mountain as practice.

“We’ll think of a feature on the chairlift,” Lara said. “I’ll tell my rider, ‘give me one minute exactly to get ready and then you can go’ … Then they just go whether I’m ready or not because we don’t have radios or anything, so I’ve gotten good at getting set up really fast.”

Moving forward, Lara said he isn’t entirely sure what his plans are for his camera work. He said a realistic goal for him right now is being chosen for a program like the Crankworx Dirt Diaries video competition, designed to give filmmakers a chance to showcase their work.

When he’s not out taking photos or videos, Lara likes to do a range of activities with friends like disc golf or soccer. He also works at Sun Peaks Golf Course, but overall said he’s most passionate about being out on the mountain with a camera.

Lara came to Sun Peaks with his family in 2019. In his life he’s moved eight times to communities throughout Western Canada and Mexico, but said Sun Peaks has been the best move for his family.

“There’s so much opportunity. The people here are really nice,” he said. “It’s just awesome. I couldn’t ask for a better place to grow up.” 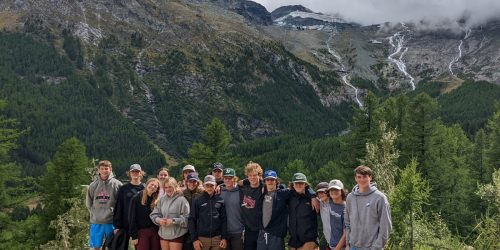 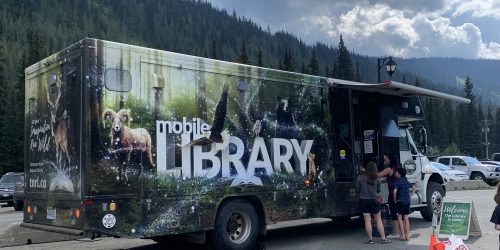 Mobile library returns to the mountain