Update: On Oct. 27, the province announced it will not support the 2030 Olympic bid. This means the bid is unable to proceed.

Accommodation bookings for the winter season are pacing ahead of pre-pandemic times and the community is considering what the future of Sun Peaks could look like.

Over the past few years there have been a number of challenges that have slowed visitation. There were a couple months last winter that saw nearly as many bookings as pre-pandemic, but the flood-induced road closures to the Lower Mainland at the start of the season and the cold snap near Christmas had a negative impact.

Arlene Schieven, president of Tourism Sun Peaks (TSP), said with no foreseeable challenges this winter, accommodation pacing is actually ahead of the 2019 season.

“It’s been fairly consistent over the past few reports with this positive look,” Schieven said. “The ski teams [will] start coming in, then we move into the pre-holiday period. There’s also quite a bit of activity around Christmas parties with some of the hotels … Just seeing a lot of general positive activity.”

Schieven said it can be difficult to know exactly what the numbers will look like because there could be last minute bookings and cancellations. However, she said it seems like visitors are less afraid to book their trips well in advance, especially for the holidays.

This boost in visitors is great for local businesses, as overnight guests bring a significant economic impact. In continuing to consider how to strengthen the economy moving forward, TSP held an Olympic engagement session last month to get the community involved in conversations about the potential of Sun Peaks co-hosting the 2030 Games.

“It was open to many of the businesses, accommodators and restaurant people in the resort,” Schieven said. “It was primarily to give an overview of what is happening in the process, but also there were some breakout sessions just for people to think about what would the lasting impacts be?”

The team leading the bid also had a booth at a Sun Peaks Market Day to engage the wider community to get involved. Schieven said overall the feedback has been very positive.

“People have questions around more things about transportation and what the legacy would be, particularly around affordable housing,” she said. “That’s kind of what they were hearing from our community.”

Overall, Schieven said there’s a lot of optimism about what’s to come. 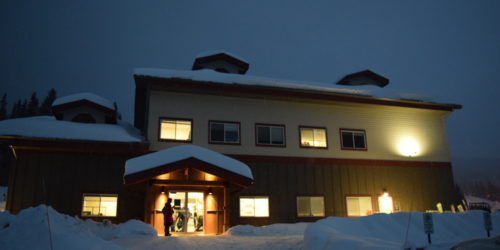 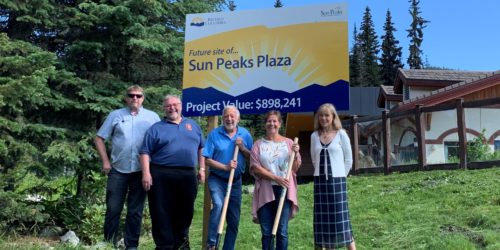