Mountain bikers love a mystery, and “The Farm” has always been an enigma in the riding community. But owners Ron Penney and Krystina Green never expected to create mountain biking’s worst-kept secret — or to watch it all burn down.

Together, Penney and Green began the Full Monte Dirt Farm in 2010, bringing snowboarding’s progressive jump designs to their 45-acre property in Monte Lake, BC.

“When we bought the place, it was because I had a style of biking I preferred over most kinds of riding,” Penney said. “What I was looking for did not exist.”

Penney started jumping his mountain bike in the late 1990s when hip arthritis forced him to give up snowboarding. Bike suspension had evolved to take the brunt of the pain out of landings in a way snowboarding couldn’t, but he found himself resorting to poaching the local mountain’s jumps at night to find the terrain he was after.

“[The Farm’s] true purpose was to create a place where even the very best riders can stay on their toes in a quiet, chill setting away from it all,” Penney said.

Penney and Green began sculpting the property into the thawed-out snowboard park of their dreams. Penney said a lawsuit vetoed the prospects of opening a public bike park, but it created a space for up-and-coming riders to hone their craft.

“It was nice to share that freedom with everybody over the years,” Penney said. “Some of [the riders] came from countries that don’t have the space that Canada does, so it was a real treat for them … It’s pretty much a rider sanctuary — or it was, anyway.”

On August 5, 2021, the White Rock Lake wildfire burned through Monte Lake and flattened the paradise Penney and Green built, including their home, the forest and the trails that weaved through it.

Penney said the property was the perfect place for a bike park, but the fires caused a total devastation.

“A key component of [the park] was for it to be in a forest, sheltered from the wind. That forest has been wiped out,” Penney said. “You can rebuild a house, but it will take longer than I have to replace a forest.”

Like many others who lost their homes to natural disaster last summer, Penney and Green have no choice but to stay and rebuild their lives the best they can in a landscape that no longer resembles home.

“We are still without a house and the building process is going to be lengthy from the looks of it,” Penney said. “I will rebuild myself with the help of our friends and family, and hopefully we are able to pull a rabbit out of the hat on this one.”

He said rebuilding in the current economic climate is going to be a challenge. However, the mountain bike community launched a GoFundMe campaign that has pooled over $73,000 to supplement the couple’s rebuilding efforts.

Penney particularly thanked Matty Miles for giving them a place to stay, Bicycle Cafe for starting the fundraiser and Pinkbike for sharing their story.

“All our friends in our circle have been nothing but amazing,” Penney said. “If it wasn’t for the bike community pulling together that $73,000, we would have had no hope.”

While The Farm’s influence can still be felt throughout the region’s trail networks, it’s unclear what the future holds for the Full Monte Dirt Farm — at least until Penney and Green rebuild their farmhouse.

“Personally, I won’t have time to keep the park going until I have built a new house,” Penney said. “The place does have a different look now, so I’m sure you will see it in future industry edits.” 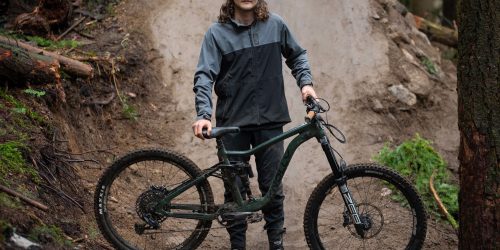 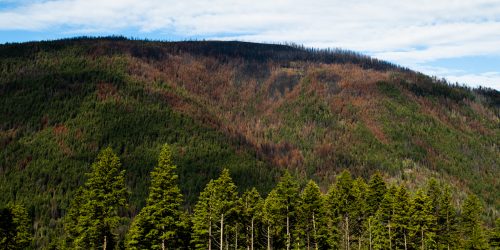