Two new developments are under construction in the east village.

The Altitude development on parcel 35, which began construction in spring 2021 and completely sold out its first weekend on the market, will contain 40, two and three bedroom condos and townhomes with an average price of $675,000.

Parcel 34, is 2.2 acres of previously undeveloped Crown land located at 5045 Valley Drive. Known as Powder Heights, it will contain five, six-plexes with two and three bedroom units, meaning 30 individual units will be hitting the market this fall. The project is 40 per cent sold, despite some initial objections to the rezoning bylaw from nearby residents and property owners.

These are only the most recent of additional east village development projects outlined in the Official Community Plan (OCP) and Sun Peaks Resort Master Plan.

The Sun Peaks Resort Master Plan update is in the process of being finalized and will be completed in the next few months according to an email from Aidan Kelly, Sun Peaks Resort LLP’s (SPR) chief marketing officer.

Kelly explained along with the rezoning bylaws and related applications by SPR, work is underway to increase the viability of the east village for more development.

“A new bridge and road are in the process of being constructed in a new area for development in the east village (out past the 14th hole of the golf course),” Kelly said.

This new infrastructure is the first component of the east village loop road to service future development parcels as the resort community continues to grow and evolve through master planning efforts, he added.

“Specific development projects have not yet been finalized but there are a variety of parcels out in this area of the resort that will provide both multi-family and single-family construction options well into the future.”

The bridge is expected to be completed this fall. The road will be completed in the spring due to delays related to the Embleton Mountain wildfire.

Additional infrastructure already being planned include the pressure zone 4 (PZ4) water reservoir and associated major water infrastructure projects to service future homes in the east village with water and sewer.

SPMRM is currently in a quashing period regarding the alternate approval process (AAP), which is required for long-term borrowing.

You can read more about the AAP and long-term borrowing by clicking here.

The pair of developments are timely considering the high demand of real estate brought on during the pandemic. A housing needs assessment study by Maloka Developments finalized earlier this year showed a clear need for additional units.

The report said the cost of a single-detached home jumped 47 per cent since 2015 and when families or individuals want to rent in Sun Peaks they face an extremely competitive and costly market.

More information on the assessment and resident struggles can be found here.

During the rezoning process of parcel 34 from a Rural Resort 1 (RR1) zone to a Tourist Accommodation 1 (TA1) zone, several residents voiced concerns related to the decision and process, including a lack of notice from the municipality regarding the public hearing.

Nicky Jonsson, Sun Peaks Mountain Resort Municipality’s director of corporate services, told SPIN the municipal staff thought notifications had been sent out for the June 15 public rezoning hearing, however they had not.

Immediately following the June 15 public hearing, a third reading and final adoption was given to the rezoning bylaw during a regular council meeting. This application was submitted by SPR.

Luckily, a resident with concerns about the rezoning who owns property in the neighbouring Bridgegate development was online during the virtual meeting and caught the error.

Subsequently, SPMRM apologized for the miscommunication and reconsidered the adoption of the rezoning bylaw during a second public hearing on July 2 where residents were properly notified and given the chance to submit their concerns during the virtual meeting or beforehand in writing. 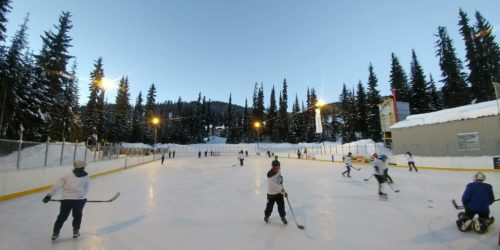 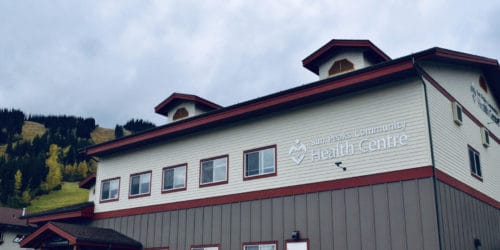