When I first accepted my new position at BC Wildfire last month I only felt excitement. After five years at SPIN I knew it was time to take the next step.

To be honest, after being so deeply immersed in the community I had become jaded. It was hard not to feel a little over it, I dreamt of living somewhere I didn’t know every person and a job where I didn’t feel the need to be online and available constantly. I was over  feeling  like a person many community members didn’t like because it’s my duty to report on the truth, even if it’s a little ugly.

Being a reporter in a small town can feel like a thankless job, especially as you watch the industry shift and collapse around you.

I was ready to move on and not look back until I received a voicemail from Wilf Bennett. My family has known him since before I was born, and visiting him became a staple each time we visited Sun Peaks.

In 2016 I wrote about his retirement and have covered his books, music, and community involvement since.

In his voicemail Wilf said he was sad to hear I was leaving.

“Write a big story on yourself and I’ll keep it forever,” he said.

The last year has been especially hard, the uncertainty of the future when we paused our print edition and moved entirely online while losing almost every advertiser, trying to cut through the sea of false information to keep our community informed, covering devastating losses as businesses struggle to make it through the pandemic. And through it all receiving nasty emails or rude comments.

It made Wilf’s kind voicemail even more impactful.

Maybe I should’ve been better at pushing through the negativity and was too sensitive to be a reporter for long, but I think that sensitivity made me better at my job.

I was able to connect with and develop relationships with so many community members who trusted me to share their thoughts and stories.

I’m immensely grateful and proud to have published the work we have in my time here. I think we’ve pushed the envelope when it was needed and been able to inspire change, accountability and a sense of community.

Wilf reaching out also made me reflect on the other acts of kindness I’ve received. It can be easy for them to be overshadowed by the negative ones but I thought back to those moments of kindness, a supportive email, a phone call after a contentious story or meeting a supporter of the paper. Those moments are what gave me the drive to keep going.

So while I still think its the right time for me to make a move for a number of reasons, it won’t be without remembering the kindness that has come up during the moments I needed it most.

That even though it can be draining to be so deeply involved in the community it can also be incredibly rewarding. I think I will miss it more than I expected to.

But I’m excited to get to be the person cheering on the SPIN team from the sidelines, and I encourage you to do the same. If a story teaches you something new, introduces you to someone in the community you may not know, exposes something that could be improved or even just makes you smile –  let them know. The more positivity that can be spread in our home the better.

Join us for a conversation with outgoing editor Jean Strong on Feb. 17 at 5 p.m. PST as we discuss her reflections on Sun Peaks after five years of community reporting. Jean has been an integral part of our journalistic impact and growth at SPIN and we wish to take this (virtual) opportunity to show our appreciation. We wish her well in this next chapter and are very proud of everything she accomplished during her time at SPIN! You can join us in the Zoom meeting, or tune in to the Facebook Live broadcast. Register in advance for this meeting:
https://zoom.us/…/tJwod–trjotEtRD1mTsrHrd01X1me_aWn8G 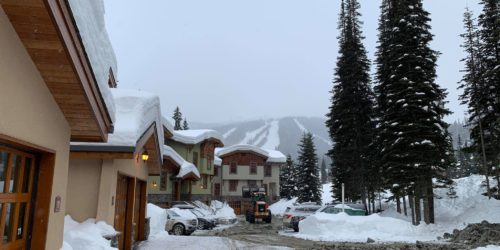 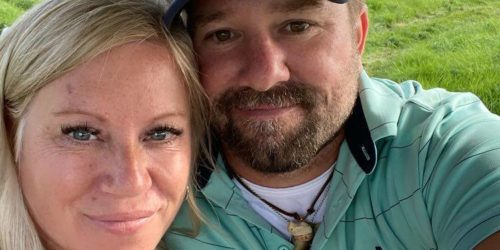