The Sun Peaks Gala returns in person for 20th anniversary

Every year the annual Gala hosted by the Sun Peaks Volunteer Fire Department Society raises money for local non-for-profits, but this year the society is partially raising money to help support their own efforts in the community.

The Gala aims to recognize the Fire Rescue’s efforts during the Embleton mountain fire this past summer, as well as acknowledge the 20 year anniversary of the Delta fire.

It was 12:55pm on Oct. 26, 2001 when the fire department got the call that the Delta hotel, now called the Sun Peaks Grand Hotel & Conference Centre, was on fire. The department had been taking a course for air brakes that night, which caused most of them to be at the hall until after 10pm. They went to bed not knowing what was ahead.

Mario Pozza, the deputy fire chief at the time, recalls getting the call.

“From where my house is situated, I walk out of my bedroom and we have a direct view down the valley directly towards the Delta, and you could see that it was actually on fire,” he said. “Frequently we get a lot of false alarms, but this was definitely real.”

Pozza and a few others showed up to the scene with an old pumper truck and did what they could to prevent the fire from spreading. They called Kamloops for support and when they realized how big the fire was, they sent up a brand new truck.

“It was a whole community effort to try to keep it under control,” said Pozza.

The fire was mostly extinguished in six to eight hours, but the team attended to it for a day and a half.

Even now 20 years later, the community remembers the work that they put into fighting the fire.

“I really think it took Sun Peaks from a resort town and turned it into a community,” Pozza said. “This was all hands on deck. If we hadn’t sort of kept it under control, we could have easily lost the whole village. It was everybody’s livelihood on the line. It has a tendency to bring people together.”

This past summer, another unruly fire neared Sun Peaks.

Fire Chief Dean Schiavon said he commended his team for the amount of work they put in. The first day they worked to set up structural protection for the village of Whitecroft along the edge of the fire facing the creek by running sprinklers, hose lines and pumps. After that, they began focusing on doing “FireSmart work” around the nearby houses, to stop the fire from advancing and endangering the homes. They also spent time testing the sprinkler systems and patrolling the fire guard to ensure the fire did not cross the line.

It was 13 days before the fire was taken care of and the firefighters could rest.

“They put in a lot of hours down there,” said Schiavon. “They were working right through the middle of the night and then we started getting on three person rotations, 12 hour shifts. So they were down there 24 hours a day.”

How close the fire got to the community has made people realize how important the work of the fire department is to ensure public safety.

“I think a lot of people are very aware of the contribution that we made down there this year,” said Schiavon. “This is an ideal year to have the society as a beneficiary again, especially being the 20 year anniversary of the Delta fire.”

Pozza, now the president of the Sun Peaks Volunteer Firefighters’  Society, said after the Embleton wildfire they see the value in fundraising for the society at the Gala this year to afford better equipment.

The society isn’t entirely sure what the money raised will go towards yet. The long-term goal is getting a structural protection unit, Pozza said, but the unit and the truck required to hold it could cost almost $300,000. But Pozza said even less expensive items like sprinklers could help them be more prepared for wildfire seasons to protect the community.

The gala will take place on Nov. 20 and cost $130 per person. The night includes a three course dinner, silent and live auctions and entertainment. The fundraising will be shared between the Volunteer Firefighters’  Society and Adaptive Sports Sun Peaks.

Due to current provincial government health regulations, ticket sales will be limited and all participants must show valid proof of full vaccination status to attend. In addition, guests will be required to remain seated during the event.

Tickets will be available starting Oct. 22. 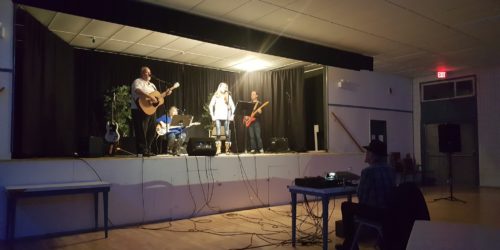 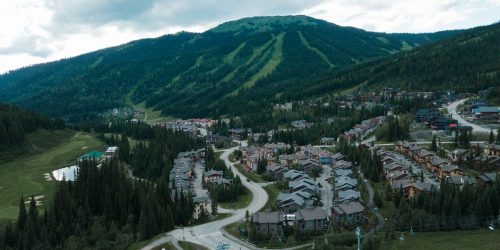