In a bad year for so many industries, real estate seems to be one of the few winners.

Bill Hanrahan, a longtime Sun Peaks realtor with RE/MAX Alpine Resort Realty, said things are looking up after a difficult period at the start of the pandemic.

“It’s definitely stronger than it was last year,” said Hanrahan. “The COVID situation really slowed things down until June of this year. ”

The realtors SPIN spoke to for this story all voiced similar reasons for the strong market. Namely, that the pandemic has freed up scores of people to work remotely and resorts offer a very appealing place to do so.

The quick sale of the Altitude development—which features 40 two and three bedroom condos and townhouses—is seen as evidence of the strong demand.

The project is a joint venture between A&T Project Developments and Sun Peaks Resort LLP, and offered for sale through Sotheby’s International Realty Canada, Sun Peaks.

“Basically it sold out in a weekend, and that’s indicative of the demand and the scarcity of product,” said Hanrahan.

Hanrahn added that steadily rising home prices in the Lower Mainland has also been a factor, as some look to cash out on that market and invest in the Interior.

According to a recently released Royal LePage report, the aggregate price of a house in British Columbia’s recreational regions is forecast to increase 13 per cent in 2021, to $781,918.

Joan Wolf, a Kelowna Century 21 Realtor specializing in Big White properties, said the demographic of who is purchasing there has changed dramatically.

She said whereas the domestic market was a fraction of overall purchasers in years past, that has changed in the past year.

“What I’ve noticed, now is 80 to 90 per cent of purchasers are Canadians,” she said.

“Many wealthy Canadians don’t perceive themselves travelling in the future, like in the next couple years, so having something on Canadian soil is what everyone’s looking for.”

He said sales in all sorts of recreational properties in the Vernon area have been strong.

Moreover, it’s a trend that he believes will continue going forward.

“I would suggest that people continue will continue to invest more in regional recreational properties,” said Kassa.

Correction: A previous version of this articled stated Sotheby’s was a partner in the Altitude project, however we clarified the wording to: “The project is a joint venture between A&T Project Developments and Sun Peaks Resort LLP, and offered for sale through Sotheby’s International Realty Canada, Sun Peaks.” We apologize for any confusion this may have created. 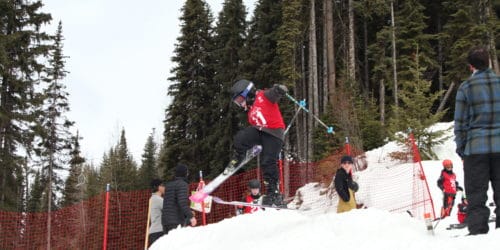 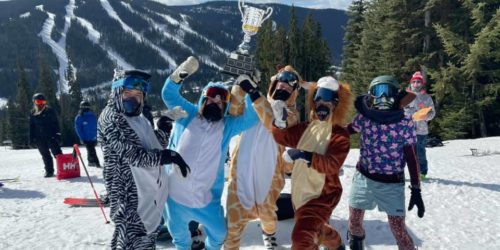