The head of the Tourism Kamloops is raising a red flag about the state of the tourism industry, saying that Kamloops region is down 75 per cent in terms of visitation and that the industry needs a proposed stimulus package to move forward.

“We were hopeful that summer would help boost the numbers through into fall and winter, but that doesn’t seem to have happened,” said Tourism Kamloops CEO Beverley DeSantis.

“There was a little bit of a jump, but we’re  nowhere near the capacity that we have experienced before.”

DeSantis added that the industry is on life support, adding that the added domestic travel that has materialized has not translated into significant financial relief for the region’s struggling businesses.

Local travellers have different spending habits than the international folk, she explained.

“A lot of them come for day trips, so there’s not that overnight visitation as often, and they don’t tend to spend as much money when they come,” said DeSantis, adding that local travelers spend about half as much as international ones do.

DeSantis said that the province’s tourism industry is a major contributor to the provincial economy and employs upwards of 300,000 people.

According to a Chamber release, tourism generates more than $20 billion dollars in revenue annually in B.C., directly contributing $8.3 billion to GDP. In comparison,  the mining industry contributed $5.2 billion to the GDP and oil and gas $4.9 billion.

DeSantis added that Sun Peaks is a major draw in the region and that the loss of international travellers will have knock-on effects for local businesses.

“When Sun Peaks isn’t thriving, then Kamloops won’t thrive, and vice versa,” she said. “There is this really symbiotic relationship between us.”

Maatje Stamp-Vincent of shuttle company TasteFull Excursions said that the pandemic and the travel restrictions have had a dramatic impact on the company’s business, forcing it to reduce its fleet of passenger buses from nine to three.

She said that she’s supportive of a stimulus package “if it’s directed to independent businesses as opposed to tourism marketing, which I believe is the goal.”

This past July, a coalition representing B.C. tourism and hospitality businesses presented the B.C. government with a recovery stimulus proposal that would see the government put forward $680 million from its $1.5-billion recovery package towards the sector.

DeSantis wants the public to reach out to their elected officials to encourage them to support the proposal.

“We need to mobilize our community and our workers to reach out to Tourism Minister Lisa Beare and her department so that she will continue to stand up and fight for our industry in the legislature,” said DeSantis.

To learn more and find direction on how to get ahold of the minister click here.

Joel Barde is a reporter hired by SPIN through the Local Journalism Initiative, a federal program created to support news in small communities like ours. We acknowledge the [financial] support of the Government of Canada. 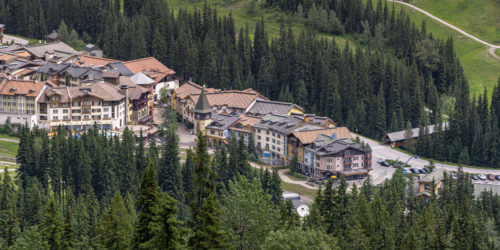 Our community saved SPIN during COVID-19. Here’s what we did with your support