BANFF, Alta. – Banff town officials proposed that only clear garbage bags be allowed at commercial properties. The intent of the proposed requirement would be to create the transparency of what is thrown away in order to increase the rate of recycling of cardboard and organics.

A survey found that 80 per cent of businesses that responded to a survey support the requirement. However, only a quarter of the businesses responded.

Stavros Karlos, a Banff councillor, is among the supporters.

“It’s not onerous,” he said. “Other places in the world have figured it out. We can figure
it out.”

$20 an hour? Not enough for Whistler homebuyers

WHISTLER, B.C. – Property assessments in Whistler increased 20.27 per cent in the year ending last June. This follows increases of 11.71 per cent and 6 per cent in prior years.
Most rapid were price increases in the lower echelons of the Whistler housing market, those properties priced $1.5 million and less, reported Pique News magazine.

But as brisk as that rise was, it paled in comparison with some of those in the Vancouver area. There, assessments for single-family detached houses jumped 30 per cent to 50 per cent in value from July 1, 2015, to July 1, 2016. Condos and townhomes rose 15 to 30 per cent.

In Whistler, the escalation at the lower end of the market puts home ownership beyond reach for many workers.

“I just don’t see any scenario going forward where the first-time homebuyer making $20 an hour is going to find real estate more affordable in the future,” said Pat Kelly of Whistler Regal Estate Co. This, he added in an interview with Pique, makes the Whistler Housing Authority, a government agency overseeing development and management of resident-restricted housing, all the more essential.

“A lot of cycling enthusiasts like myself never like putting their bikes away for winter, and I think a lot of people are starting to realize that riding on groomed snow is actually, in some ways, more fun than riding on dirt in the summer,” said Randal Gibb, the race’s creator.

Gibb’s crew has organized several bike races since 2014, most of them in Utah. In Jasper, there will be a downhill race at the Marmot Basin ski area, and then a 50-kilometer course for advanced and intermediate riders, reports the Jasper Fitzhugh.

Tourism Jasper expects about 540 participants, some from neighbouring British Columbia and the States.

“We really want to build on the fat biking trend and make sure that Jasper is recognized as an international fat bike destination,” said Myriam Bolduc, product development specialist with Tourism Jasper.

ASPEN, Colo. – Might tiny houses fill part of the affordable housing gap in ski resort-anchored mountain valleys of the West?

That’s the proposition being tested by the Aspen Skiing Co. The Aspen Times reported the resort has paid $100,000 each for six “trailer coaches” that are being placed in a former RV campground at Basalt, located 18 miles down-valley from Aspen.

The coaches are like RVs in that they have wheels and are mobile. But they’re different in that they come in interesting shapes and have lots of windows, the Times said.

Inside, they really shine. They even have flat-screen TVs mounted to the wall of the living rooms in the 500-square-foot units. And like all tiny homes, they take advantage of every square inch of space. 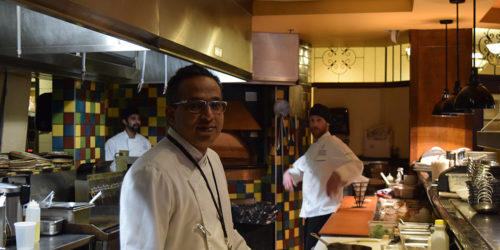 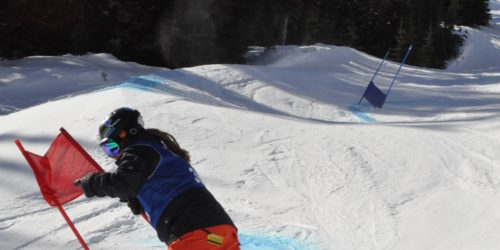