Most of Western Canada is under a Special Public Avalanche Warning

Avalanche Canada has issued a Special Public Avalanche Warning effective immediately until end of day Dec. 27 after recent storms blew in 60-100 centimetres of snow that now lies atop a critical weak layer in the snowpack.

James Floyer, Avalanche Canada forecast program supervisor, said with the clearing weather, the state of the snowpack and flocks of people venturing into avalanche terrain over the holidays is the perfect recipe for skiers, snowshoers and snowmobilers to set off large avalanches.

“People must be aware that even though the weather has settled, dangerous avalanche conditions remain throughout much of western Canada. There is serious potential for large, human-triggered avalanches at this time.”

The special statement covers much of western Canada including: the North and South Columbia and Rocky mountain ranges, the Purcell and Cariboo mountain regions, the Kootenay-Boundary and Lizard range-Flathead regions, Kananaskis country and national parks including Banff, Yoho, Glacier and Waterton.

For a map view of regions involved, click here.

Avalanche Canada, Parks Canada and Kananaskis Country warn those who decide to travel in avalanche terrain, including those who duck the ropes of their ski area boundary, to make conservative terrain travel choices and stick to low-angle or densely forested slopes and to approach any slope that could avalanche with extra caution and be aware of terrain traps like cliffs, rocks, gullies and creek beds which can increase the consequence of even a small avalanche.

“We know that sunny weather can give people a false sense of security when they venture into the backcountry,” added Floyer.

“This is not the time to let your guard down. Steep open slopes will look tempting but are best left alone for now.”

For those travelling into avalanche terrain, make sure to get the forecast, leave a trip plan, get the essential rescue gear and training to know how to use it. 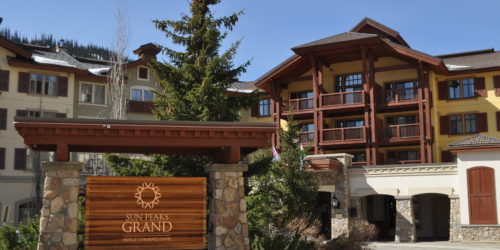