This is part one of a three-part series addressing the main topics community members said they want municipal candidates to be clear on this election season — Infrastructure, affordable housing and balancing the needs of tourists and residents.

Clear plans for infrastructure are important for any community, but especially in Sun Peaks, the province’s fastest growing municipality according to the last two federal censuses.

Sun Peaks Mountain Resort Municipality (SPMRM) has guiding documents for community development, such as the recently updated Official Community Plan, but as the population continues to increase some projects will be competing for resources.

SPIN spoke with all nine candidates running for SPMRM council about their top priorities for infrastructure and community development.

Ashton said a main priority would be ensuring there is a year-round pool facility. SPMRM is currently doing a financial assessment on the costs of repairing the pool to see if it’s within budget.

Ashton said he would also like to see a proper dog park in the community.

“So many people that come here have pets,” Ashton said. “In the cities, in the Fraser Valley, in Vancouver, you have [dog parks]. I think we need to have those spaces here as well.”

Ashton said helping to support the school being built would also be a main area of concern for him. He added there are a number of infrastructure projects he would like to see happen if he were elected for council, but that it’s important to have priorities.

“I think those things would be something we really need to focus on,” Ashton said. “We can focus on a list of 10 or 15 things, but if we get the things that are lower down the list and sacrifice things that are really important, I think we’re falling short of what we should be doing.”

Ashton can be reached by email at [email protected] or at his website here.

Dye said it’s important to balance the needs and wants of the community, adding his priority is ensuring the necessary infrastructure is sustainable with the growth in population.

“We have a lot of upgrades to the water and sewer system that are needed. We have to make sure that we have the money and the funding in place to keep these updates happening,” Dye said. “As we keep growing, that’s going to be more and more of a concern.”

He said looking at the Official Community Plan helps identify the projects that are more of a “want” in the community, which he hopes the municipality can move forward with as long as they can secure funding.

Dye added he’d like to see more activities for children during the day other than on-mountain sports.

“I think the focus should be on projects that are not only something that would be beneficial to the residents, but also beneficial to resort guests,” Dye said. “But we do have to remember as we build new facilities, they are going to require maintenance and upkeep. We have to make sure that we have the funding to do this.”

Dye can be reached by email at [email protected] and will be meeting community members at Cahilty Creek Kitchen & Taproom on Oct. 6 at 4 p.m.

Eidher said as someone who has younger children, assisting with the school is a number one priority for her.

“We need to put a lot of thought into the building of that school … because you have a lot of families here and there’s more families coming,” Eidher said. “I know there are some concerns about the location and I think we need to hear the parents out. It’s quite a ways further out than they realized it would be.”

(The land has been transferred to School District 73 for the permanent school site.)

Eidher added she would like to see a playground in Sun Peaks, as well as a community centre or place for adolescents to gather. She’s also in strong support of the pool reopening.

Eidher, who has a health background, said the health centre is an infrastructure project she would prioritize.

Eidher can be reached through Facebook or by email at [email protected].

In terms of core infrastructure, Hrycan pointed out the municipality has already spent a considerable amount of money on a water system and said it will continue to be a priority for him.

“I think we have similar types of challenges that will be coming at us from the perspective of the sewer infrastructure,” Hrycan said.

“And certainly roads are one where we probably are not putting enough financial resources into ensuring that we’re maintaining the life cycle of those roads … You can’t achieve a resort without all of that strong infrastructure in place.”

Hrycan noted that the school and daycare are also important to the community. If elected, he said he would help the municipality to secure grants and put pressure on School District 73 to move those projects along.

Hrycan said the school site also has great opportunities for joint-use community infrastructure. He added the pool is top of mind for many community members, but it wouldn’t be cheap to bring back into use and maintain.

“It’s important that we recognize that although we’re a big resort, we’re still a small community,” Hrycan said.

“The key of any Council is how you prepare yourself to be financially stable enough to deal with the needs, and yet ensure that you’re always preparing yourself to deal with some of those wants because they are part of what creates a great community.”

Hrycan can be reached by email at [email protected] or at his website here.

Kimmel listed a number of infrastructure items she would like to see in the community, but a permanent school was top of the list.

“Because I’m in economic development, I see how everything plays together to develop a community in a positive way in terms of quality of life, business [and] economics,” Kimmel said. “I think that a school is extremely important for the growth of the community if we want families and young people here.”

She said since the development of the school is now in the hands of School District 73, it’s up to council to push the district to ensure all the necessary elements are built such as a gymnasium, soccer field, baseball diamond, tennis courts, playground and parking.

Kimmel added she also thinks the health centre is a priority and hopes to see Interior Health take more responsibility for the clinic to help with funding moving forward.

She also said smaller developments are also important, like a splash park or skatepark.

“I think that all of those amenities are important to the growth of an active outdoor community,” Kimmel said. “It doesn’t matter if it’s a tourist or a resident, they’re going to use those facilities. So it’s positive on both levels.”

Kimmel can be reached by email at [email protected].

Oetter, a retired teacher, said a main area of importance to her is supporting the new school being built.

“It’s [about] community building and attracting families who want to make Sun Peaks their home. And with that, we bring in expertise and diversity,” Oetter said. “With my background with School District 73, that’s an area I really anticipate being able to jump in and help with right away … to engage our counterparts in School District 73 to really get moved up onto that priority.”

Oetter said the school being built would provide space for local groups like ArtZone, Cub Scouts and taekwondo so residents and tourists can take part in activities aside from skiing or mountain biking.

Oetter said she would also like to see a composting system be implemented in the village to properly dispose of food waste. She added water and sewer will have to be a priority, too.

“I think there are certain things that we’re going to have to do, and one is making sure we’ve got sufficient water,” Oetter said. “I know that they’re looking into treating wastewater to be able to turn that into snow, so those are things that I think are really important.”

Oetter can be reached by email at [email protected].

O’Toole said when he was elected to council in 2018, he quickly realized water and sewer are a key focus for the municipality and there’s always work going on behind the scenes.

“We’ve got the water reservoir at the top, which is adjacent to the snowmaking reservoir, which was just finally completed this past year,” O’Toole said. “At the same time, we also had to deal with water supply in the East Village.”

O’Toole said during his time on council, they were able to form a deal with a private developer to build a reservoir in the East Village, which SPMRM recently bought for $1.5 million less than what the costs would have been to build it today. He said they’ve also been able to begin pilot projects on reusing water for snowmaking and irrigation.

Moving forward, O’Toole said the arts community is important to him and he wants to ensure ArtZone finds a permanent location. He also hopes to support the new school and make sure the roads are properly maintained, alongside a number of other issues.

O’Toole can be reached by email at [email protected] or at his Facebook page here.

Richins said the new council should prioritize infrastructure impacted by the continuous increase in population, which is projected to double within the next 15 years.

“Obviously that puts a lot of pressure on the infrastructure, including the water and sewer system, the waste system and also our gas, our road system, our trail networks,” he said. “And how about propane versus natural gas? … Or do we have a chance to have a road not just coming one way up and one way down towards the future?”

Richins said in his academic career he has written papers on what being a “community” means, particularly in a tourist setting. He said he found a big part of building community is about supporting recreation, mentioning ArtZone and music festivals.

He added that part of community is also health and education systems — a testament he has heard repeated by Sun Peaks residents as infrastructure they really care about.

“I think having support for a solid, ongoing school system for our future is really, really important,” Richins said, adding he’d support “the continued holistic approach for our health centre.”

Richins can be reached by email at [email protected] or at his website here.

Sorge said one area he would like to see council make a long-term commitment to is expanding walkable infrastructure.

“One of the things that differentiates Sun Peaks from a lot of other places in North America is that we built the town around walkability,” Sorge said.

“I think that’s fantastic. It contributes to our active culture … Making sure that the future developments are all connected into the walking paths and that we do a good job of making sure all of that infrastructure is maintained is going to be a priority for me.”

Sorge said he would like to see a walking path that leads to the new East Village development and eventually to roads like Lookout Ridge.

Otherwise, Sorge pointed out that the municipality has already committed to many infrastructure projects the new council would help progress, but said there likely isn’t much of a budget for new projects.

“We just want to be a little careful and make sure that we’re keeping budgetary constraints in mind as well,” he said. “It’s definitely a challenge to fund everything given it’s a town of [almost] 1,500 and property taxes are already pretty high up here.”

Sorge can be reached by email at [email protected] or on his website here.

Voting day is Oct. 15. For more information on how to vote and who is eligible, read our recent story here. 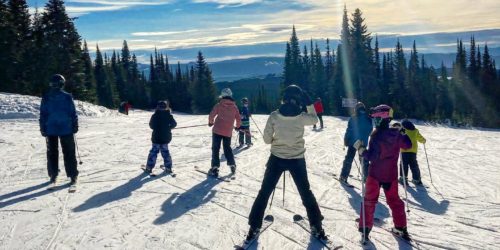 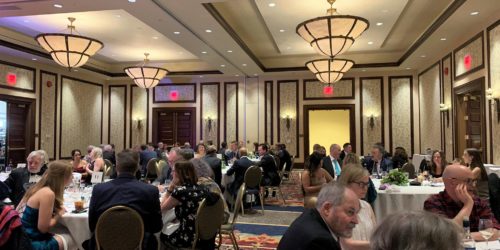