Sun Peaks-area residents are breathing a major sigh of relief, as a Thompson Nicola Regional District evacuation alert for the community was lifted on Wed. July 23 and the road from Kamloops was reopened to non-local traffic.

An evacuation order for the Whitecroft area was also downgraded to an evacuation alert, meaning residents can return to their homes after being displaced since July 10.

An evacuation alert was rescinded for the Heffley Lake area as well.

After starting on Friday July 9, the Embleton Mountain wildfire saw some tense times for people living in the resort and Whitecroft areas.

This includes when the fire quickly moved its way down the west side of the Heffley Valley, towards the Whitecroft Valley bottom on July 13.

And then there was July 19, when a group of Heffley Louis Creek Valley neighbours—affectionately known as the “Stoneyview Fire Brigade”—intervened after the fire jumped to the south side of a fire guard built  below the southern perimeter of the blaze.

Raine said he was very impressed with the BC Wildfire Service (BCWS) response to the fire overall, especially given the fact  it has been fighting so many fires across the province.

“They stepped up before anybody and were the first firefighters down there,” he said.

“They remained there throughout this.”

Raine added  the municipality is in coordination with Emergency Management BC about Sun Peaks hotels hosting British Columbians who have been displaced by wildfires.

With the high amount of forest fires in the Interior, Kamloops hotels currently have extremely low vacancy and have had to turn away people.

“I know Emergency BC is trying to get it all set up,” he said. “Our folks are working with them on that. It seems almost like a slam dunk, because there’s so many stories about the lack of accomodation, and we are here sitting virtually empty.”

Lift-accessed biking, hiking, sightseeing, the golf course, various activities, restaurants, and accommodations are all ready to welcome guests once again, in a post on its website.

“We would especially like to thank the BC Wildfire Service, Sun Peaks Fire Rescue, visiting firefighters, and all individuals and entities involved in helping ensure our community stayed safe while we patiently waited for the opportunity to get back to enjoying the mountains,” reads the post.

“As with much of British Columbia, weather conditions remain challenging, and guests are asked to be extra mindful in the coming days to minimize potential risks.” 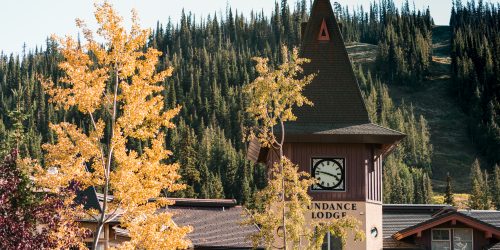 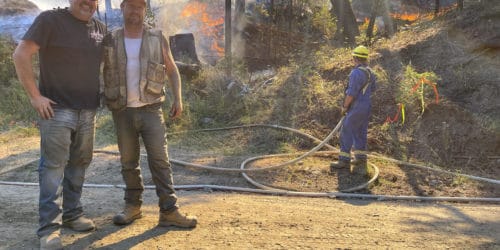