It may have been a challenging year for the Grade 12 class at the Sun Peaks Secondary Academy (SPES), but thanks to some quick thinking and hard work, students were able to graduate in style.

“The community always comes together to make amazing things happen for their kids.”

The ceremony had to abide by strict Ministry of Education guidelines, meaning interaction between families had to be limited. To facilitate this, Seafoot and Paul Hembling, principal at KOOL, gave five individual presentations to the students and their respective families.

The ceremony was held on a beautiful area overlooking the valley at the top of the Sunburst Express chairlift.

The theme of the graduation class was “just send it,” which was perhaps best embodied by Harris, who wore an ultra-cool pair of wrap-around Pit VIiper sunglasses throughout the day.

Those came in hand, as the sun was blazing on what seemed like the hottest day of the year so far.

In one special moment, Seafoot was presented with a magnificent metal rose that Linder fabricated. Over the past year, Linder has been completing his first-year apprenticeship for millwright and machinist at NorKam Senior Secondary School while also completing his high-school studies at night.

Seafoot has known Linder for the past 11 years, as he was in the inaugural class of what was then called the Discovery Centre for balanced Education.

“It was pretty amazing to be able to flip his tassel today,” Seafoot said. “They all have really exciting goals that are coming next.”

Following the ceremony, the group (minus those working for the school district) travelled to the base of the Sunburst, and then walked through the village to the Sun Peaks Centre.

Along the way, members of the community congratulated them from afar.

Students were then treated to a transformed arena, which looked like something out of a movie, with long rows of lights hanging above tables adorned with white tablecloths and the graduating students.

The celebration at the arena was MC’d by Carol Oakley, an SPES teacher that is not an employee of School District 73 (SD 73).

All four of the 2021 graduating class spoke briefly about what the day meant to them. A short awards ceremony followed.

Al and Nancy Green Raine presented an academic sports and scholarship to Dickson and Linder and Adams.

The Rotary Club of Sun Peaks Bursary for Graduates of $1,000 was presented to Linder and Dickson by Melissa Vike.

In her comments, Nancy Green Raine summed up the sentiment of the crowd well, encouraging the kids to go off and enjoy all the world has to offer, but always know that they have strong roots in the community of Sun Peaks.

“Be the best you can be, and we will be proud of you as you go through life,” she said.

The awards also didn’t stop there. Sun Peaks Independent News awarded a scholarship to Adams in recognition of her scholastic excellence and extensive volunteering on the mountain, in the community, and the region, specifically focused on areas of social justice.

Following the presentations, everyone was treated to an excellent barbeque catered by the Cahilty Creek Kitchen & Taproom.

Barb Kupferschmid-Linder, one of the parent organizers, said that while organizing two separate ceremonies involved a significant amount of organizing, which was shared among the parents, being able to celebrate the milestone with SD 73 instructors was great.

“[Ms. Seafoot] has been part of the school since we started in 2010, and it was really important for her to be able to flip their tassels and be part of it,” said Kupferschmidt Linder

You can read a profile of all the winners here and watch a video of the graduation ceremony on Facebook by clicking here. 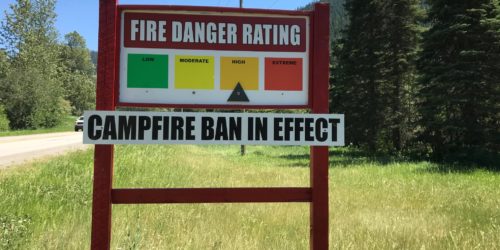