“Trying to keep clothing out of landfill, one shirt at a time.” That’s the premise behind a new local upcycling venture by Carla Jones.

The Sun Peaks resident began Upcycled Attire in February and has been working on her inventory of re-styled pre-worn clothing since then. By cutting, cropping, sewing and embroidering out-of-fashion or damaged garments, Jones said she hopes to extend their usability and challenge the currency of fast fashion.

“I want to help promote the idea that something doesn’t have to go in the bin just because it has a hole in it…it just seems like such a waste,” she explained.

The idea was inspired by a talk show Jones watched that highlighted the impact of fast fashion on the environment.

“It bothered me, seeing the amount of clothing that’s so transient and so useless after less than a season [or] after a few weeks, really. The idea that you buy it cheap and you buy it low-quality because you need it now and then it’s out of fashion again,” she said.

“The average American throws out something like thirty pounds of clothing a year,” Jones cited, before elaborating on the environmental impact this has when it ends up in landfill. “A lot of fast fashion is made out of polyester and polyester variants, which is basically plastic, so between not being biodegradable like cottons and natural fibres, they are also a source of micro-plastic pollution.

“I thought about how can I  make something useful again? How can I make something valuable to someone [and] breathe new life into an old piece of clothing? So that’s where I started.”

Jones said she hoped to start sourcing directly from smaller thrift stores and  using the materials they can’t sell, rather than what’s easier to sell.

“[I want] to really reinforce the idea of making clothing that can’t be used into something usable, to keep it out of landfill and keep it out of the environment,” she said.

It’s not only sweaters, smocks and tees that make up her current range. Jones repurposes every scrap of material she can, and recently launched a set of hair scrunchies made from her cut-offs.

Despite the effort that goes into each of the one-of-a-kind garments, she said it isn’t always difficult to part with them.

“It depends how long I spend working on them,” Jones mused. “Most of them take anywhere from three to ten hours, [but] one took 17 hours and it’s got a lot on it. I absolutely love it, but it took so long that I don’t ever want to look at it again!”

Upcycled Attire is on Instagram and sold on Etsy, though Jones hopes to eventually build her own website and turn it into a full-time venture. For now, though, her labour of love is restricted to time she can spare outside of her landscaping job and other commitments.

Indeed, once our conversation was over, Jones had to dash; she’s got dinner to make, an energetic dog to satiate and another side project to finish.

“I’m currently making myself a tool belt for work out of an old pair of jeans,” she explained. 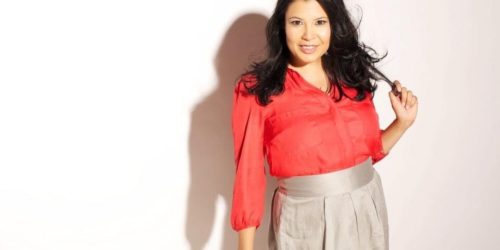 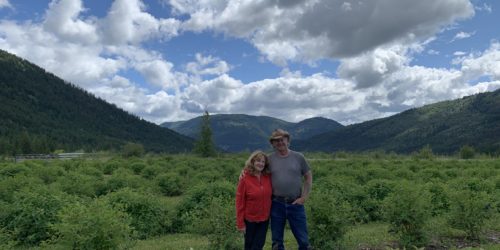