Both of the plans will be paid for evenly by the municipality and SPR
Jenna Wheeler  | May 17, 2021
0 shares

Municipal staff are in the initial stages of creating two plans to look at how to keep up water and waste systems with the growing community at a cost of $324,000.

“We just took over the utilities in 2018, it was part of Sun Peaks Resort before. I don’t think they had a water or wastewater master plan before, but they had the resort master plan which coincides with it,” Butt said.

The Water Master Plan and the Wastewater Master Plan will cost $183,000 and $137,000 respectively, with 50 per cent of the costs being covered by Sun Peaks Resort LLP (SPR).

“Sun Peaks Resort, they’re in the process of redoing their master plan as well right now which kind of tells us, you know, the bed units and what development is going to look like over the next 20 years or so. So, our Water and Wastewater Master Plan will kind of go along with that,” Butt said.

The Water Master Plan will focus on providing for the population growth expected to come to Sun Peaks in the coming years, and Butt said he expects the plan will address the developments expected for the next 15 to 20 years.

“It kind of all ties into the development that they’re looking to do, so we have to provide the infrastructure for what they want to do,” Butt said. “We can’t work without working in the same direction.”

Butt said staff have begun the planning process within the past year, but are just now beginning to solidify the master plans. Although they are in the initial stages, Butt said there are a few key projects for both the wastewater and water plans.

“Part of the master plan is also a water source assessment, which includes exploring for more potential well spots and if there’s… another aquifer we can add to as well,” Butt said. “On the wastewater side, we’re thinking they’re gonna be trying to figure out where a potential second wastewater treatment plant could go.”

In addition to looking for well spots, the Water Master Plan will address the construction of a new surface water reservoir and aquifer.

Butt said both plans will be made along the same schedule with hopes to have both finalized by March. In the meantime, residents can get more information about the public works budget and upcoming projects by watching the municipal budget presentation on the municipality’s Facebook page. 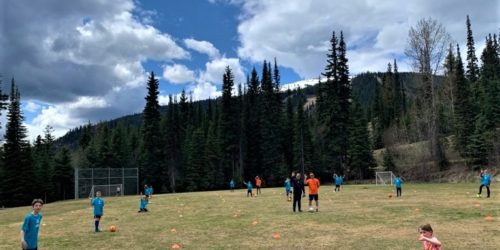 New CAO to begin in August