What can resort communities do to help save future ski seasons?

SPIN takes a Solutions Journalism approach to climate change from a resort community perspective
Jarrett Hofmann  | October 27, 2021
Photo: SPR can expect to lose 12 per cent of their current season by the 2050s and 25 per cent by the 2080s if the world continues at a high emissions pathway. Photo by Zuzy Rocka.
0 shares

Climate change will affect ski resort season length and quality due to variability of snowfall amounts and weather patterns, at both a high and low carbon emissions pathway.

According to research on the projected impacts of climate change on Canadian ski resorts by Protect Our Winters (POW) Canada, based on research from the University of Waterloo, the future of ski seasons is dependent on which emissions pathway the world chooses to take.

The study showed if a high emissions pathway (the pathway the world is currently on) continues, an increase of 5.3 to 5.4 degrees celsius is expected by the 2080s, raising average winter temperatures to above freezing in Sun Peaks, B.C.

That means, Sun Peaks Resort LLP (SPR) can expect to lose 12 per cent of their current season by the 2050s and 25 per cent by the 2080s if the world continues at a high emissions pathway.

“The great white north is losing its snow,” read the report.

However, if a shift towards the low emissions pathway set by the Paris Climate Agreement can be collectively made, ski seasons can be preserved for future generations.

Tracking carbon production, and then going above and beyond carbon neutrality, is what Peter Larose, a Thompson Rivers University (TRU) professor, researcher and strategist for sustainable tourism development, is urging SPR to do.

Recently, Larose met with SPR and recommended they properly audit their sustainability initiatives and begin to put their focus on sustainability before profit margins.

He said resort communities like SPR tend to have challenges reducing carbon emissions considering a large part of their market comes from overseas customers who produce large amounts of carbon while travelling to Canadian ski resorts before returning home one or two weeks later.

“That’s where the bulk of emissions come from, transportation to and from these destinations, as opposed to actual market consumption of energy and production of CO2,” Larose explained.

“Tourism itself is inherently an industry that can have quite a substantial carbon footprint, when you look at the amount of travel required to get to a destination,” she said. “As a resort, we need to consider whether there’s opportunities for guests who are travelling from afar to offset some of that carbon impact.”

Larose also cited food and beverage systems and food waste as another large contributor to greenhouse gas production in resort communities, something SPR has been working on under the ISO 14001 Environmental Management System (EMS).

Antoniak said SPR has tracked carbon emissions in the past, but does not currently have a sustainability plan in place or a timeline of when one will be produced.

“Emissions and output is part of what we look at, where we need to do better,” Antoniak said. “At this point no, there aren’t any plans in place today.”

Antoniak explained the price tag and the timing are reasons why SPR has not yet launched specific projects to reduce future emissions.

However, according to Antoniak the company has invested millions in other environmentally based initiatives.

SPR’s fuel efficient and idle tracked snowcat fleet and four-stroke sleds have saved thousands of litres of fuel per year; the ski lifts run on hydro powered electricity (excluding the West Bowl T-bar) and the golf maintenance shop and Sun Peaks Health Centre/SPR Operations buildings are heated geothermally. They also focus on employee training regarding waste control, have eliminated single-use plastics from their food and beverage department and switched to biodegradable bags in retail outlets to reduce pollution and contaminants in the environment.

According to Larose, while these types of initiatives are good, resorts need to immediately begin tracking carbon outputs for their own products, as well as those of the travellers making their way to and from destinations, followed by prioritizing sustainability.

According to Antoniak, ISO 14001 is the most recognized EMS standard in the world.

SPR’s website states it’s only one of three North American ski resorts to receive an ISO 14001 certification, along with Jackson Hole in Wyoming, and Aspen Snowmass in Colorado.

However, Aspen Snowmass dropped their ISO 14001 certification according to their 2014 sustainability report, saying the program was “costly and bureaucratic, and because it’s not all that rigorous.”

According to a study called The dark side of ISO 14001: The symbolic environmental behavior, by Vera Ferrón Vílchez, there are benefits and criticisms of the certification.

While both are needed to help reduce the effects of climate change on future ski seasons, there are criticisms. These include the focus on the process, as opposed to results and “previous studies have found inconclusive, and even negative results on the relationship between the adoption of ISO 14001 and the firm’s environmental performance,” read the study.

It concluded saying “the more symbolic the environmental behaviour of the firm, the greater the likelihood of adopting ISO 14001,” but also said not all firms who adopt ISO 14001 standards do so to symbolically bolster their reputation. And some in fact, are able to produce positive environmental results with the framework.

According to SPR, the program has worked well for the resort.

“We take our ISO certification and our EMS really seriously,” Antoniak said.

“For us it has nothing to do with just wanting the public perception. Sun Peaks is doing great things for the environment. We know it’s our responsibility as a company to protect the environment that we’re in and mitigate the impacts and preserve the quality of the experience that we have.”

She said SPR is also required to show continual improvement to be recertified under the program every three years and they are audited annually for program effectiveness.

If and when SPR decides to take their environmental efforts to the next level, others in the industry have begun to pave the way.

An industry giant leading by example

Auden Schendler, the senior vice president of sustainability for Aspen Snowmass, spoke in a POW Canada webinar titled: Ski resort realities in a warming climate, about the role of the industry in combating climate change.

“What makes a difference is when businesses use corporate power to drive change in material ways,” Schendler said.

Schendler added the problem with ‘green’ programs is that businesses say they are going to implement green organizational initiatives and then advocate for the environment.

However he said the advocacy, which is the important part, gets sidelined.

Schendler suggested the industry should question its role in combating climate change, which should include “role modelling solutions for the world and wielding the power as a unique understandably climate-affected entity to drive political change.”

Aspen Snowmass’ initiatives work to encapsulate both of these roles.

This year, Aspen Snowmass completed a completely electric employee housing project as a solution for both climate change and housing crisis, which is so common in North American ski resorts.

“When we did this project engineers said you can’t use [solar panels] and electric heat pumps in this climate.”

Schendler explained despite the doubt they were able to complete the project as imagined. He said engineers thought it wasn’t possible as they hadn’t yet been exposed to the new technology as not enough ski resorts are leading by this example.

Next, the company plans to build an all electric hotel in Mammoth, CA.

The important work though, will come from systemic change and industry unification.

Schendler explained when the movement to fight climate change first began 25 to 30 years ago, it was focused only on getting clean power, which Aspen Snowmass did before realizing it was “just a paper transaction and it wasn’t causing system change.”

They reworked their strategy and looked at their own utilities which were governed by an elected board and almost 100 per cent coal powered.

“The metaphor that best explains this is the old CEO was a weightlifter. His thing was squatting 400 pounds; that was his [focus]. Now, the CEO is a climate scientist. That’s what you need to get to.”

Larose said while there is no silver bullet for carbon neutrality in tourism development, he suggested tourism communities should look at regenerative tourism, where visitors can improve destinations above and beyond carbon neutrality.

These kinds of initiatives would transition destinations to be able to absorb carbon dioxide, instead of being a sector where the main crux is customers who are required to use mostly carbon-burning transportation options.

A plant-a-tree program or an adopt-a-trail program where tourists volunteer their time to improve mountain biking trails similar to the We Are One Wednesday’s hosted by the Sun Peaks Recreational Trails Association (SPRTA), are two examples of ways visitors could positively affect a community.

Larose also made an interesting comparison with the tourism and the agriculture industry.

“Think of tourism as an ecosystem, as one integrated unit that has inputs and outputs,” Larose said. “In agriculture, you fallow a field. You allow it to regenerate by rotating crops so that you’re not extracting from the soil.”

But, how do you fallow a field or rotate crops in a resort destination?

“[By] leaving it barren, allowing a resort destination to recover somewhat from the massive influx from tourists in peak seasons of winter and summer,” Larose explained.

However, the issue lies in the fact he couldn’t think of a single B.C. resort destination who isn’t trying or doesn’t want to increase their shoulder and low season visitation.

“It makes sense to some extent. But when you think of it as an ecosystem, when you start thinking about the consumer experience and individual businesses and its workers, maybe downtime is good for these destinations that have extreme visitor to resident ratios, to allow it to kind of readjust and absorb the impacts and then recover.”

Larose said the tourism economy could go so far as to one day be able to rebuild communities and enhance environmental conditions through additional forms of sustainability, including social inclusivity, distribution of wealth and local purchasing, which all make for a vibrant, stable, resilient, engaged community. 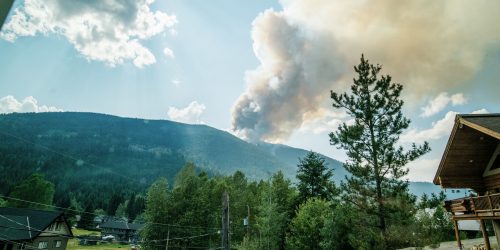 The Sun Peaks Gala returns in person for 20th anniversary 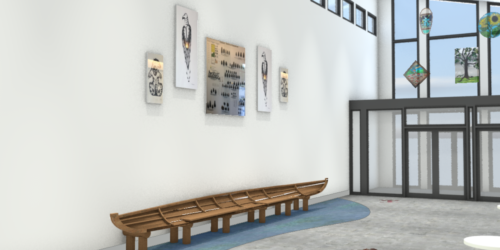