What is it about animals that makes for such great cinema? Whether it’s a comedy, a drama or a family film, there are dozens of timeless movies that feature four-legged friends. Lassie, Milo and Otis, National Velvet and Seabiscuit are just a few classics that come to mind. This past month, two new DVD releases were added to this already long list. This edition of Rave Reviews looks at Secretariat and Temple Grandin. Secretariat is probably the most famous horse in history. His story was made for the movies, and last year the great horse finally made it to the silver screen in Disney’s Secretariat. After the death of her mother, Penny Tweedy, played by the always delightful Diane Lane, takes over managing her family’s racing stables. With little money and pressure mounting from the rest of her family, Penny pins her hopes on a coin toss. She loses the toss, but ends up with exactly what she wants—a chestnut colt she names Secretariat. Through hard days and adversity, Penny’s faith in her colt’s greatness drives her to greater and greater risk, a risk that culminates in a multi-million dollar bet that Secretariat can win the Triple Crown, three of the most prestigious horse races in the world. For those who don’t know Secretariat’s story, I won’t spoil the ending, but suffice it to say that Disney never disappoints when it comes to pulling on your heartstrings.

If Disney movies are a bit too sickly-sweet for you, check out the true life story of Temple Grandin, a high-functioning autistic woman who revolutionized the study of animal behaviour. Early in her life, Temple’s mother knew there was something different about her daughter. She didn’t start speaking until she was four years old. Social settings were stressful for her. Yet despite her awkwardness and her difficulties interacting with people, Temple was brilliant. She was light years ahead in math and physics, and applied her knowledge to the world around her. Claire Danes stars as this protagonist, and thanks to Temple’s amazing story, Danes’ incredible acting and some great special effects from the HBO production team, we get a vivid glimpse into the mind of a great thinker. Temple’s study of cattle in a stockyard setting led to dramatic changes in the way cattle are treated at slaughterhouses, leading to more humane practices that are now standard in the majority of U.S. stockyards. This film didn’t receive wide distribution, but Danes won a well-deserved Golden Globe award for her role. This charming little movie is well worth the rental price.

Animal movies are guaranteed to pump happiness and excitement (or both, if you’re lucky) into your movie night. For an entertaining evening with a feel-good theme, bring home Secretariat or Temple Grandin, pop some popcorn, and curl up with your favourite two- or four-legged friends! 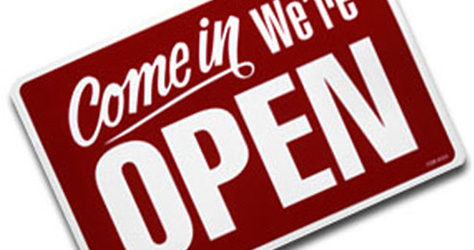