Bringing a ‘kitchen party’ to the mountain

Alan Doyle & the Beautiful Gypsies aim to create “the greatest kitchen party in the history of British Columbia” when they take to the mountainside stage on Aug. 20 to wrap up the fifth annual Summer Concert Series in Sun Peaks.

The boisterous Newfoundlander, accompanied by five of his most talented friends, will bring an assortment of his own songs, cover songs and songs from the Great Big Sea catalogue to create what he called “a tremendous variety of fun kitchen party music.”

“We have lots of hills and cliffs where I’m from, but we don’t have mountains like you guys. There’s something very humbling about the mountains in a way that I can only image the ocean seems to somebody from the mountains.”

…the best singer wasn’t the guy who hit the highest note, it was the guy who would get the most people to sing along…

Doyle will be joined by his band, comprised of some of Canada’s best musicians which he formed following the break-up of Great Big Sea in 2013. Cory Tetford, who Doyle described as “easily the best singer in Newfoundland”; drummer Kris MacFarlane, who played with Great Big Sea; keyboard and accordion player Todd ‘Mr. Lonely’ Lumley; bassist Shehab Illyas; and fiddler Kendel Carson, who is “probably the best instrumentalist in the country” according to Doyle, will come together to play a wide variety of songs at August’s final concert.

“It’s like a musical tsunami, like standing in the middle of a tidal wave every night. I’m the worst person in the band,” Doyle said with a laugh. “It’s true.”

The group started as the Alan Doyle Band, but the man behind the name said he never liked the ring of it. He much preferred the romance of “a guy and his band” much like Bruce Springsteen and the E Street Band or Tom Petty and The Heartbreakers.

“I always love referring to musicians as gypsies anyway because it’s kind of what we are, isn’t it? We’re in a funny-looking van or bus, we roll along to the next place, wreak havoc or joy depending on the night and roll on to the next place,” Doyle said. “I find every time I look across the stage these days and I see these amazing musicians, I feel so lucky that I get to play with them all the time that I suppose they all end up looking beautiful to me, hence the Beautiful Gypsies.”

The energetic concert will highly encourage crowd participation, which stems from when Doyle learned to play music in the kitchens of Newfoundland. He said it was a place where people always sang along, which is something he has carried with him throughout his career on stage.

“I grew up in a place, I always say, where the best singer wasn’t the guy who hit the highest note, it was the guy who would get the most people to sing along. Similarly, the best accordion player wasn’t the fastest accordion player, it was the guy who would keep the dance floor full,” Doyle explained. “I come from a history and an apprenticeship in music that is completely participatory. It was always to engage people to do it with you. It was never anything other than that for me.”

Sun Peaks marks the only show the band will play at a mountain resort this summer on a tour that will take them coast to coast through Canada and the United States, from the George Street Festival in St. John’s, N.L. to the McPherson Playhouse in Victoria. 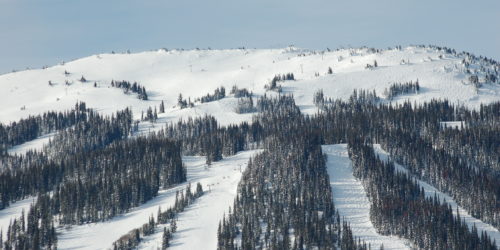 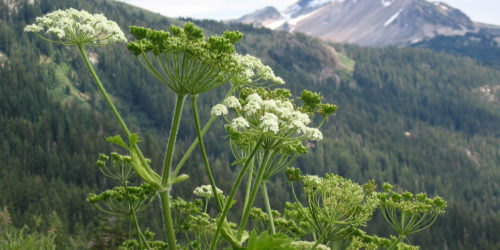