When I first began taking wildlife photographs, I remember being disappointed when I failed to capture anything with the camera. There was a time when I felt like leaving photography behind and moving on to some other pastime until I realized it wasn’t always about getting the picture, but more about experiencing nature and learning from it.

There are still times when I put pressure on myself to capture an image needed for a particular photo for a magazine submission or personal project, but most of the time I’m aware that not every outing will be have a successful ending photographically. I’ve learned to simply accept the days when the wildlife and weather are not cooperative for the camera and hope for a better day next time around.

With this new sense of comfort and acceptance I’ve allowed myself to be much more relaxed while out in the field. In this state of mind, my senses have become more in-tune with the natural surroundings and my way of seeing nature photographically has changed for the better.

I’ve recently been working on a two week long personal project at a nearby beaver pond. During the first few days of trying to photograph beavers swimming, eating and working away at their dam, I’d come away with just a single good image. It’s not that the beavers where uncooperative, it was simply that the available light was not bright enough to capture the beaver’s movements without blurry results. As you may know, much of the beaver’s activity takes place at dawn and dusk.

I really wanted to bring home some award winning images but it was not to be. After several early mornings and late evenings, the realization that I would be unsuccessful became clear.  At the end of the two weeks I reflected upon my experiences at the pond and looked at the single image I had made of a beaver sitting on the dam. I wasn’t upset or frustrated because I had experienced so much other wildlife around the pond.

Bats would fly against the rising sun, deer wandered by and watched me with curiosity and on many occasions a belted kingfisher would swoop over the water hoping to catch a small fish. These creatures and others had made my time at the beaver pond so very memorable and enjoyable.

So, at the end of it all, it wasn’t just the single beaver photo I came away with. I learned and experienced the pond like few people do as they walk the trail beside the water without even a glance at the beaver’s lodge or a pause to listen to the birds that hide in the tall grasses. They were missing so much. Use your camera to lead you out to nature. Relax and take in your surroundings. In time, the images will come. 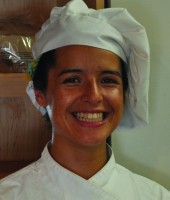