Instead of being sent to the scrap yard, some Sun Peaks chairlifts are being transformed into wall clocks.

Decommissioned chairlift pieces are getting a second lease at life thanks to local creator Will Dallimore.

Dallimore has an extensive artistic background and his creative juices were flowing while working in lift maintenance for Sun Peaks Resort LLP (SPR).

“Each year we go through a process where in the summer we go through the lifts,” Dallimore said. “Any which are damaged or need repair, they usually go straight to scrap it.”

“One day I was just looking at these as we were taking them off and I thought, ‘I could turn this into a clock.’”

When Dallimore realized he could turn the side plates of the lifts into the face of a clock, he asked his manager to take one home to work on. He admitted he had no experience in clock making prior to his first project two years ago.

“Working as a millwright, I have a few engineering skills,” Dallimore said. “Woodworking skills are very different from working with metal.”

Dallimore said he had to adjust to cutting metal and to fitting all the clock pieces together, but he enjoyed the learning process. He didn’t expect the project to take off, but he soon found other locals wanted a piece of the mountain in their homes.

“After that, it turned into a great idea because another one of the guys decided he wanted wanted one, and then some of my friends said, ‘Oh, can you make one for me?’’ It just started to take off.”

When the Crystal chairlift was replaced last year, Dallimore bought 50 of the side plates from SPR. The clocks, which sold out in less than 24 hours, featured a design of the chairlift, as well as the years of operation.

“The Crystal side pieces were original to the lift and there was a limited supply of those but there are other side plates that are being decommissioned.”

Dallimore said he’ll continue to create clocks as side plates from our various chairlifts are made available. If you would like to check out his work, visit his Facebook page or website. 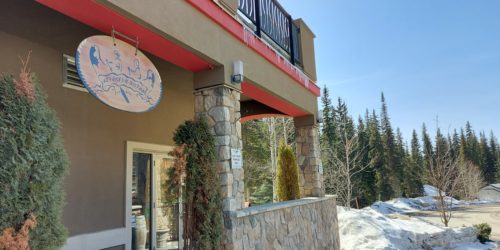 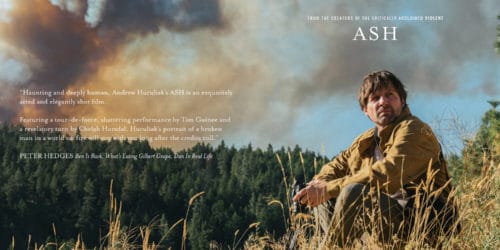