This is part of our three-part series looking back on the Embleton Mountain Wildfire that threatened the communities of Whitecroft, Heffley Lake and Sun Peaks in July and August of 2021.

This series is made possible through the support of Engel & Volkers Kamloops.

Those who lived in the Sun Peaks area last summer won’t be forgetting the Embleton Mountain wildfire anytime soon.

Sun Peaks Mountain Resort Municipality (SPMRM) was put on an evacuation alert and a travel advisory, meaning residents had to be ready to leave at a moment’s notice and non-essential travel to the resort was prohibited.

Sun Peaks Resort LLP (SPR) shut down operations and the smoke was so thick that on some days, residents couldn’t see across the valley.

The blaze began with a lightning strike on July 9, 2021, and spread to a total of 991 hectares. The wildfire lasted for nearly a month before B.C. Wildfire Service (BCWS) downgraded it to “held” on Aug. 3.

Spreading flames reached dangerously close to homes in Whitecroft and along Heffley Louis-Creek Road. Their legacy can still be seen on the scorched western side of the Whitecroft Valley.

Just a few weeks earlier, a wildfire tore through Lytton, B.C., destroying 90 per cent of the town and killing two people. For many, there was a palpable fear that the Embleton blaze would do the same, crossing the valley bottom and heading towards the Sun Peaks village.

Mayor Al Raine remembers travelling down the mountain on Sun Peaks Rd. every morning, stopping near the roundabout above Whitecroft to get a clear view of the fire’s trajectory.

“I spent many early morning hours just looking at the fire, to make sure there wasn’t something we needed to know about,” he recalled. “The forces of nature, when they roll against you, can be pretty overwhelming.”

The Embleton Mountain wildfire was made worse because provincial wildfire resources were already stretched thin. Last summer was one of the most devastating forest fire seasons in B.C. history, with approximately 868,203 hectares burned. The Kamloops area was the busiest fire district in the region — over 450 wildfires sparked in the Kamloops Fire Centre area alone.

Supported by airtankers, helicopters and local citizens, fire crews were able to get the Embleton Mountain fire under control and prevent the disaster many feared. Looking back on the experience, community leaders in Sun Peaks say enduring the blaze was an important coming-of-age moment for SPMRM, as it operated in overdrive to battle a very real threat.

The fire grew quickly. As soon as it began, BCWS hit the wildfire with water bombers and declared it as no longer active. However, the update was reversed the next day when it became evident the fire was still burning on the mountainside. BCWS responded with 14 firefighters and four helicopters, as well as with air tankers and heavy equipment.

Despite the renewed air strikes, July 10 saw an evacuation order for Whitecroft and part of Heffley Louis-Creek Road as the fire grew to around 150 hectares.

Despite evacuation orders in place for the valley for much of the fire’s duration, many residents opted not to leave. However, BCWS communications assistant Jean Strong said it’s important for the public to leave when asked.

“It puts the people who are staying behind at risk, and it puts our first responders in danger,” she said. “While I completely understand, I would also ask people to please respect those evacuation orders and make sure that you’re ready [to leave] in advance of those.”

On July 11, Raine told SPIN the fire was moving towards the village of Whitecroft, with some “fingers” of the wildfire as close as 150 to 200 metres from the valley floor. Residents watched as trees kindled and fire moved aggressively down the mountainside.

Raine served as spokesperson for the community’s Emergency Operations Centre (EOC), established to monitor the wildfire threat and communicate with residents. It was staffed by volunteers and municipal officials, including the chief of Sun Peaks Fire Rescue (SPFR), Dean Schiavon.

The economic impact of the resort shutting down was substantial. Raine said the timing of the blaze — during the height of the COVID-19 pandemic — was particularly bad.

“We needed the Embleton fire like we needed a hole in the head,” he said with a laugh. “It was a big hit for the community.”

Raine estimated economic loss was at least two million dollars, with the lingering effect over $10 million.

For the local volunteer fire department, the wildfire required all hands on deck. SPFR provided critical support to Whitecroft residents and the B.C. Wildfire Service.

Firefighters carried out a range of tasks, from setting up sprinkler systems to preparing to extinguish spot fires in case it hit Whitecroft.

“It’s an experience [the firefighters] would never get on a Tuesday night,” said Schiavon, referring to the team’s weekly meeting session.

The experience of responding immediately to emergencies and engaging in complex problem solving is invaluable to the crew, he said. The team showed up and was ready to put in long hours to assist the fight.

Schiavon said he was impressed by the support of all of the agencies involved in the response, including firefighters from Barriere and Golden, and the employers who allowed volunteer firefighters to take time off.

He added the overall fire situation in the province made it more difficult for BCWS to respond.

“There was not a lot of available resources from elsewhere to replenish [the firefighters],” Schiavon said. “Everybody was pretty tied up all around the province, so if you were needing more resources, it was tough to find.”

Additionally, firefighting crews from overseas were largely unavailable due to ongoing COVID-19 restrictions.

While BCWS does not keep modelling on what damage the fires could have caused, Strong said the Embleton Mountain wildfire could have caused significant damage without the response it received.

“It certainly could have seen exponential growth, especially last year,” Strong said. “The conditions contributed to us seeing really extreme fire behavior that even some of our most experienced staff hadn’t seen before.”

Strong added it’s not uncommon for a wildfire to take off after it’s thought to be under control, given the unpredictable nature of forest fires.

“Often the fire will live in the root systems of the trees and plants,” she said. “I remember the day that it really seemed to take off again … It was hot and it was windy. And in those conditions, on top of the hot, dry weather leading up to those dates, that really dried out the fuels.”

One of the most significant nights came on July 19, when the fire picked up and began to move quickly towards homes.

The fire crossed a newly constructed machine-made fire break that ran above houses on Heffley Louis-Creek Road. A group of neighbours ended up responding to one of the breaches themselves when a debris pile caught fire.

Community members fought through the night to put out the fire. Additional BCWS firefighters were dispatched to the southern flank of the Embleton Mountain wildfire that night, too.

Two crews of 20 firefighters each were deployed to contain the fire, with one crew staying to fight the breach overnight. This was in addition to a 20-person crew working on the site, and significant helicopter and bomber support.

Thankfully, B.C. has not seen the same level of forest fire threat this summer. The Kamloops region started with an above average amount of fires in early May — registering 36 fires compared to the 10-year average of 27 — but the region has not seen the significant and daunting fires that surrounded it last year.

But despite favourable conditions, there remains a strong forest fire threat in the Interior for years to come, made worse by global warming.

Strong said now is a good time to prepare for the future by engaging in fire mitigation measures, such as engaging in FireSmart best practices. Developed by the province, FireSmart provides guidelines that include recommending pruning problematic trees and creating a non-combustible zone 1.5 metres around one’s home.

“I think the biggest thing I would say is that for people, especially who were near the Embelton Mountain fire, is that I’m very grateful that there were not any more significant losses than there were,” said Strong.

“I think it is a good reminder for people to prepare themselves. This is especially true for when you are living in an interface area, when you are so rural and [essentially living] right in the forest … It’s so beautiful, but it comes with a risk.”

A copy of FireSmart BC’s home owner’s manual can be viewed here. It explains the various guidelines that homeowners can follow to help protect their homes and neighbourhoods from wildfire danger.

SPIN retains editorial control of our content in all circumstances. Funding partners do not have input into the stories that will be produced, are not aware of specific stories we are working on, do not review them before publication, and do not have special access to reporters. We will always disclose who our funding partners are to our readers. Partners must sign a clause agreeing to editorial independence before entering into a partnership agreement with SPIN. 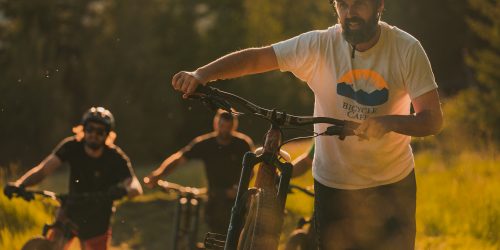 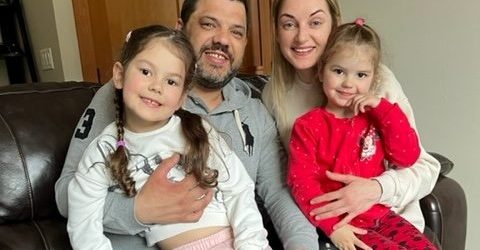